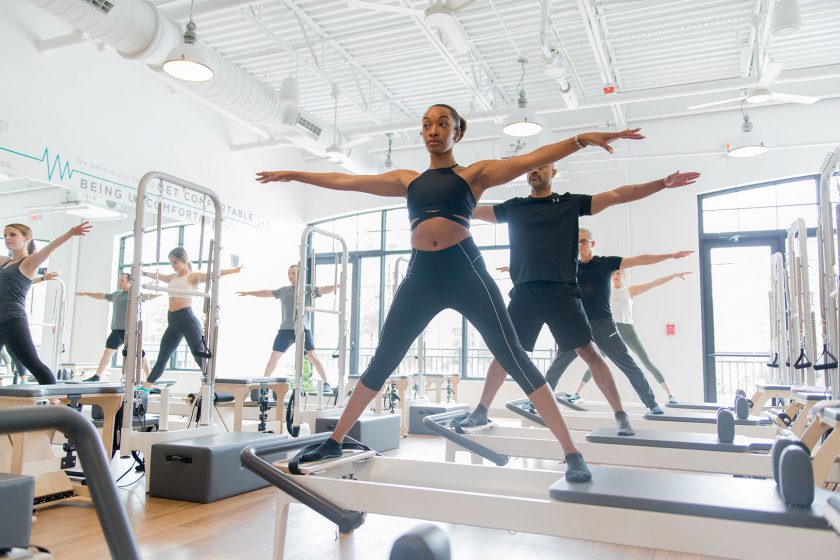 BODYBAR Pilates Was the Perfect Next Step for These Georgia Franchisees

Although some people may think Pilates is a fad, it has actually been around for almost 100 years. It didn’t gain traction as a mainstream wellness treatment until the late 20th century, but is now considered a go-to preventive wellness activity that helps almost anyone, from high-level athletes to folks who just want to get stronger and more flexible. It also happens to be in a $12 billion industry that’s projected to continue growing.

Created by Joe Pilates in the 1920s, the low-impact exercise has many wellness benefits. It helps people increase flexibility, improve posture and feel more energetic, and it has been touted as a natural remedy for relieving pain, depression and stress.

In the franchise space, there are several players, but BODYBAR Pilates has set itself apart. Led by passionate husband-and-wife team Matt and Kamille McCollum, the franchisor’s mission is to empower values-driven entrepreneurs to deliver a community-based Pilates studio environment where people can encourage and motivate one another to be strong.

Shannon Renegar calls her BODYBAR Pilates franchise her “happy place.” After years in a corporate marketing job, the franchise opportunity has given her a new lease on life. “I love the energy in the studio,” she says. Even though she has a full-time manager on-site and doesn’t need to be in the studio every day, she has a major presence in the community she created at her Alpharetta, Georgia location. “We’re a family. I know all our members by name.”

Renegar opened her doors in January, 2021 and plans to open two more locations nearby. She says that investing in the brand was a passion play and jokingly calls the purchase her “midlife crisis.” Investing in BODYBAR Pilates offered a way to have meaningful work in a fun, positive environment rather than continue to endure the corporate grind. Although her decision was somewhat spontaneous, she couldn’t be happier. “Whether it’s helping someone who is recovering from an injury or providing an opportunity for a person who wants to improve their athletic performance, we are making a difference with this business,” she says.

Joe Stockman never set foot in a Pilates studio until he sampled a class at BODYBAR Pilates’ Discovery Day. From that moment, he was hooked and now practices Pilates regularly at his East Cobb, Georgia location, which opened in November 2021. But the workout wasn’t what sold him on the brand. After spending a lot of time working the numbers, he could see that it was a great opportunity. Stockman especially liked the recurring revenue and fast return on investment. Ultimately, though, meeting the leadership team was what encouraged him to move forward with the emerging brand. “Matt and Kamille McCollum are people I would put my money on,” he says about the husband-and-wife team who serve as the company’s CEO and president. “They are building a great brand.”

Previous ArticleWhat Franchises Will Advertise in Super Bowl 2022?Next ArticleMeet Five Black Franchise Founders Who Are Making a Difference