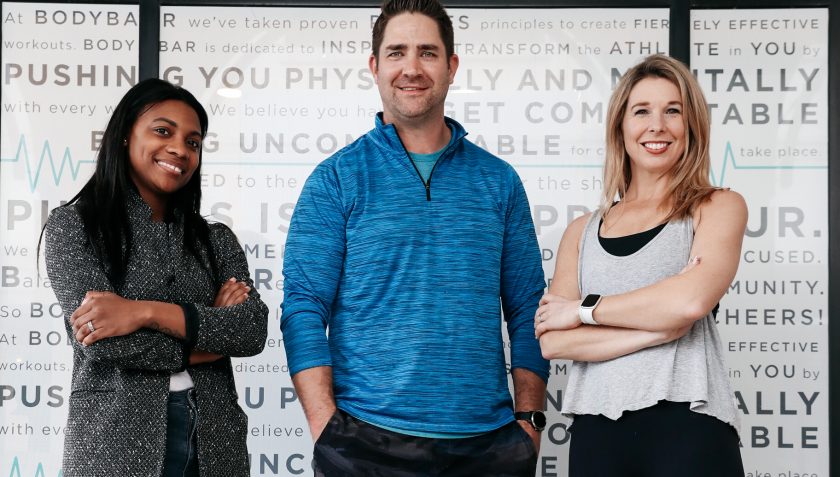 The leadership team at BODYBAR can honestly say they know what it’s like to walk in the shoes of a franchise owner. In fact, that’s exactly what many of them did.

Just like the McCollums, Taylor has intimate knowledge of what it’s like to be a franchise owner with a fitness brand. Before joining the BODYBAR team, he spent nine years as a master franchisee for Anytime Fitness and was a multi-unit franchisee for UFC Gym. He eventually became part of the corporate team for UFC. From there, Taylor joined Mayweather Boxing & Fitness as director of business development and operations.

With all of his experience, Taylor has no doubt that BODYBAR has an amazing leadership team. “When it comes to business support, BODYBAR franchisees get the best of the best,” he says. “BODYBAR’s team developed multiple global fitness brands before finding their ultimate passion here, so they know exactly what kind of support is the most helpful during the launch and each stage of growth.”

New BODYBAR franchisees receive guided location build-out, including support for real estate, construction, staffing and more. Simple franchise conversion is available for those who already own a fitness business, and new owners can also capitalize on BODYBAR’s operations and marketing support. “But it doesn’t stop there,” he says. “Existing owners receive ongoing training and education, day-to-day operations support from their area manager, comprehensive marketing support as well as access to a robust CRM and financial benchmarking technology.”

The current Pilates market sits at $12.8 billion. With average gross annual sales of more than $566,000, BODYBAR franchise owners see a return on their investment in less than three years. Even though the numbers are impressive, Taylor says that franchisees benefit from much more than financial gain. “BODYBAR franchisees are able to create a supportive, loving community within their studio walls. They positively impact the lives of those around them by helping members reach their fitness goals, building lifelong friendships along the way.”