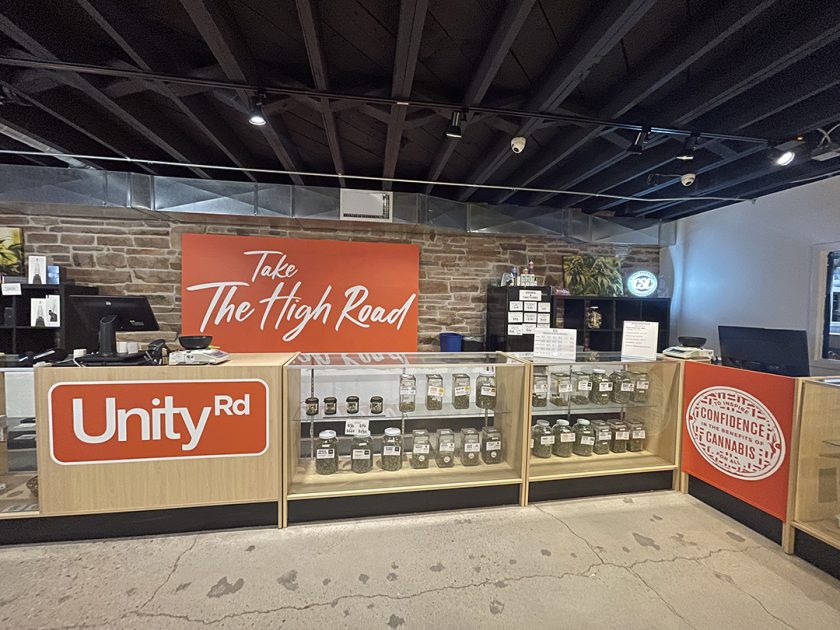 With several locations in development around the country, the Boulder shop is the first of many Unity Rd. franchises to open its doors

Just ahead of the Fourth of July celebrations, Unity Rd. is opening its first cannabis dispensary franchise. Father and son Bruce and Nate Wetzel are owner-operators of the Boulder, Colorado shop.

The leadership team at Unity Rd., which is the cannabis dispensary franchise from Arizona-based Item 9 Labs Corp., is jazzed about the opening. “This launch has been years in the making,” Mike Weinberger, Unity Rd.’s chief franchise officer, said in a news release. “We founded Unity Rd. with the mission of keeping dispensary ownership – and the wealth that comes along with it – local. We want to educate and empower owners while also pumping revenue right back into their communities.”

Weinberger acknowledges that going from business plan to opening a franchise takes time. “It’s no secret that opening a dispensary is a lengthy process, and that’s exactly why this opening means so much to our team – it’s a reflection of a lot of hard work, creativity and dedication.” The company’s veteran team leads franchisees through every step toward their goal, including the licensing process, setting up cash-flow procedures, selecting product and dealing with regulatory changes.

We knew that by partnering with a solid franchisor, we wouldn’t have to go through the school of hard knocks.

Nate Wetzel sees Unity Rd.’s established industry presence as a huge plus. “We had been looking at the cannabis space for a few years, trying to determine our best entrance that would mitigate the high risk. We knew that by partnering with a solid franchisor, we wouldn’t have to go through the school of hard knocks.” When we dug into cannabis franchises, he added, some were just selling a business plan and no long-term support like that of Unity Rd. Its team “has a depth of history on both the retail and cultivation side with awards to back them up, [so] we felt most comfortable with Unity Rd.”

Unity Rd. currently seeks to acquire existing dispensaries in Colorado. “We’ll get the stores fully converted into a Unity Rd., train the shop team and oversee operations so franchise partners have a seamless transition to ownership. Our corporate acquisition strategy eases hurdles for newcomers looking to acquire an existing dispensary and keeps ownership in the hands of local owners,” says Weinberger. Unity Rd.’s director of franchise operations, Jennifer Zarezadeh, has moved to Denver to support the Wetzels and future Unity Rd. shops.

Cannabis sales recently set a record in Colorado, some $2.2 billion in 2020, according to Unity Rd. Several cities in Colorado, which was the first state to legalize cannabis sales seven years ago, have recently made new dispensary licenses available, and the cannabis franchise is seeking qualified franchise partners there and in other states where cannabis has been legalized. The company currently has more than 15 entrepreneurial groups in various stages of development nationwide. This includes at least three shops planned in New Jersey, which may begin accepting licensing applications late this year.