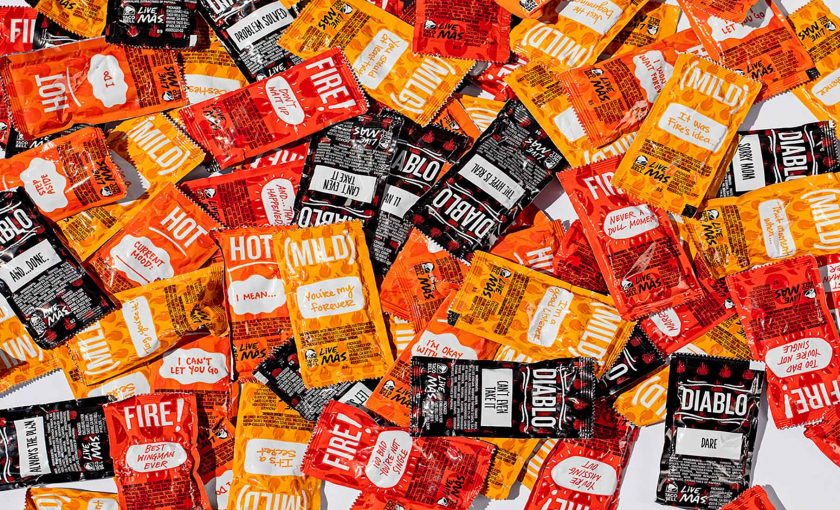 The Fast-Casual Franchise Works with TerraCycle, Which Specializes in Difficult Recycling

Taco Bell has just gotten greener. Last year the fast-food Mexican restaurant partnered with TerraCycle to devise a way to reuse its hot sauce packets, some 8 million of which are used every year. Now Taco Bell, one of the franchises under the Yum! Brands umbrella has taken the initiative a monster step further by permitting plastic sauce pouches from any brand to be returned free through its recycling project, according to restaurantbusinessonline.com.

To participate, consumers need to download a prepaid shipping label so they can send TerraCycle their used sauce packets. Trenton, N.J.-based TerraCycle cleans the packets and melts them into a hard plastic that can be molded into some other product.

In a statement, Missy Schaaphok, Taco Bell’s director of global nutrition and sustainability, said the idea was tried out earlier this year and well-received. “We worked with TerraCycle and a franchisee in New Jersey to test out the concept,” Schaaphok said, “and it was such a success [that] we decided to take the idea nationwide.” This gives a sustainable option to everyone, she stated.

Taco Bell on a Green Mission

Taco Bell’s sauce-packet recycling program is part of its larger mission to cut landfill waste. The company has set a goal of making all of its consumer packaging recyclable, compostable or reusable by 2025.

With 7,000-plus restaurants in more than 30 countries around the globe, Taco Bell’s eco-friendly actions are sure to make a difference. The company, now 60 years old, launched its first restaurant in Downey, Calif. It has been franchising since 1964.