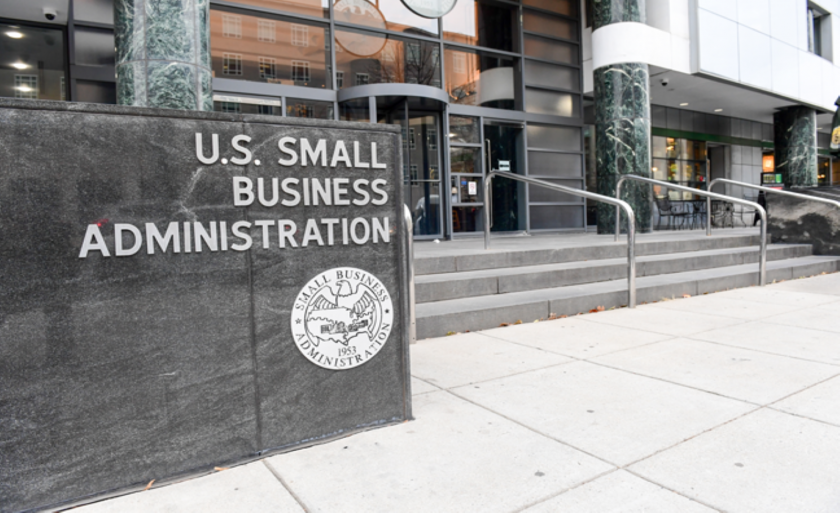 As Black History Month came to a close, the U.S. Small Business Administration (SBA) – Massachusetts District Office hosted a webinar to provide a platform for diversity, equity and inclusion (DEI). Throughout the event, politicians, small business owners, and members of the SBA and its resource partners came together to celebrate the contributions of the Black community to entrepreneurship. The history of the Black experience in Massachusetts was also featured.

Although there have been more and more Black role models coming on the scene who foster Black entrepreneurship, less than 10% of franchises are Black-owned. The SBA and its partners work to help these business owners turn their dreams into reality by giving them access to financing and contracting. Lack of access to capital can prevent business owners from achieving their goals. Historically, this has been particularly true for Black entrepreneurs.

“I can tell you that I have learned so much over the years about Black history, including the injustices and the challenges, but also the many successes and accomplishments of this community,” said Robert Nelson, district director of the SBA’s Massachusetts District Office. He and his team have been hosting Black History Month events for years. During the SBA webinar, he referred to the Museum of African American History of Boston and Nantucket presentation to show the history of African Americans throughout the 18th and 19th centuries.

The SBA and Black Entrepreneurship

Nelson said with the help of community leaders and SBA partners, the SBA has helped deliver $29 billion to more than 310,000 loan recipients and grant recipients over the past two years. They did this by offering loans through programs like the Paycheck Protection Program (PPP) and the Restaurant Revitalization Fund (RRF). “This certainly hasn’t been a perfect journey, but it has been historic, as [are] the times we are currently living through,” he said. But he knows that access to capital in contracting opportunities continues to be a very real concern of the current SBA Administrator, Isabella Casillas Guzman.

“For fiscal year ‘22, we have no fee incentives in place for SBA 7(a) loans under $350,000 so that we can drive lenders to do more low-dollar loans, which will help our underserved and smaller small businesses with access to capital,” Nelson said. “We’re exploring direct lending programs on loans under $150,000, again as a way to help bridge the gaps.” Nelson praised groups like the National Urban League and the New Rockford Economic Development Council for being good partners in helping these small businesses. He also mentioned that the SBA has awarded Community Navigator Grants nationwide, which are targeted to small businesses in underserved communities.

Mike Vlacich, SBA’s New England Regional Manager responsible for delivering the SBA’s programs around New England also spoke at the webinar. He said that the contributions Black business owners have made to entrepreneurship in the U.S. are indispensable. “According to the most recent data from the U.S. Census Bureau, there are over three million Black-owned businesses from coast to coast, accounting for billions of dollars in annual revenue in the U.S. economy. That’s a figure worth celebrating this Black History Month,” said Vlacich.

But the last two years have been especially hard on minority business owners. “The SBA and the Biden-Harris Administration recognize that Black entrepreneurs face socioeconomic and capital funding obstacles when starting and expanding a business. It is the SBA’s role and the commitment of the Biden-Harris Administration to help individuals overcome these inherent challenges and succeed,” Vlacich said.

However, it hasn’t been all bad. Throughout the COVID-19 pandemic, Black entrepreneurs have shown great resolve. According to the National Report on Early-Stage Entrepreneurship in the United States, in 2020, there was a 25-year high in new Black-owned businesses proportionate to the total population.

The Importance of Equity

Sen. Edward Markey (D – Mass.) spoke about how he’s trying to help small business owners as a legislator. “To everyone on this call, we’re here today to try to make sure that you get the resources that you need,” he said. Markey knows the importance of small businesses and their impact on the economy. “We know that small businesses are the engine of our economy,” he said. “If they don’t run, the economy does not run.”

He believes that the U.S. government is responsible for helping small businesses get the resources they need to run during this “new normal.”

With the CARES Act, the federal government created the PPP to help small businesses in need. “Though we initially authorized $349 billion for the program, demand for PPP was so high that the money was completely exhausted in two weeks,” he said. “And, to make matters worse, larger companies were first in line for that critical funding.”

Small businesses were left empty-handed, particularly minority-owned businesses, he said. So politicians, like Congresswoman Ayanna Pressley (D-MA-07), who also spoke at the SBA webinar, made sure that when $310 billion more was given to PPP, at least $30 billion was set aside for financial institutions in underserved markets. He then mentioned that the American Rescue Plan added another $7 billion to the PPP and all the other ways it helped businesses during the pandemic.

He said that racial equity is a major component of the distribution of these funds. “We just can’t just have relief for some, but not for all,” he said. “We can’t afford for anyone to be behind.” He then mentioned the broader health care and environmental disparities for minorities in society.

We want to get to a day where Black business and Black entrepreneurship can thrive and begin to build generational wealth.

Congresswoman Pressley, the first Black woman from Massachusetts to be elected to Congress agreed with Markey’s sentiments about racial justice. “We want to get to a day where Black business and Black entrepreneurship can thrive and begin to build generational wealth,” she said.

She mentioned that the COVID-19 pandemic has only exacerbated the disparities for minority-owned business owners who have already been there. “We have seen countless businesses shuttered due to lack of access to capital,” she said. “This persists even after trillions of dollars of relief have been passed.”

As a member of the U.S. House Committee on Financial Services, she worked to diversify the lenders in the COVID relief effort. This was important to getting more Black-owned small businesses access to capital. She wants to replenish the RRF and focuses on canceling student debt, expanding the child tax credit, and investing in public transit as a public good, which she believes will help small business owners. She also never wants to hear that the funds aren’t there to help these business owners because the national budget funds institutions like the Pentagon to the tune of billions.

Segun Idowu, former President and CEO of the Black Economic Council of Massachusetts (BECMA) also spoke is involved in helping to develop a city-wide strategy that is going to address the ongoing impact of the COVID-19 pandemic on the local economy. He also wants to make “Boston a global model of economic equity for working people.”  The Commonwealth has to do better, in his opinion, to fix the systems that are harming underserved communities in Massachusetts. “We know that the development of some communities cannot coexist with the underdevelopment of others,” he said.

With his work in Mayor Michelle Wu’s office, he wants to help small businesses and startups, particularly in the green tech and life science sectors, to bridge the racial wage gap. Additionally, he mentioned he would like to provide liquor licenses to business owners and make Massachusetts cities a tourist destination for all. BECMA will also work to give out contracts to Black-owned businesses. He worked with the City of Boston to set aside $5 million for a small business relief fund. He also worked with the state to ensure that Boston’s business owners can increase the amount of grant funding they receive.

There are several ways that the city highlights its small businesses, such as with the B-Local app and the All-Inclusive Boston Campaign. Boston also has a sheltered market program, which is specifically designed to provide contracts for minority-owned businesses. Ownership and trust in these businesses are also important, in his view.

As we think about these Black entrepreneurs and who they were, we know that they were building a community.

She spoke about one of the museum’s attractions, the African Meeting House, and its importance to the community. After the extensive history presentation, she urged people to come to the museum to learn more about the Black experience in Boston and these incredible entrepreneurs.

Since its inception, BECMA has very much been focused on policy, advocacy, and other activities towards advancing the well-being of our community.

Nicole Obi, the newest president and CEO of BECMA talked about the organization’s mission. “Since its inception, BECMA has very much been focused on policy, advocacy, and other activities towards advancing the well-being of our community,” she said. She mentioned a study from the Massachusetts Taxpayer Foundation, which stated that closing the Massachusetts wealth gap could grow the state’s economy by $25 billion by 2027.

BECMA plans to close the wealth gap with its four pillars:

She announced that BECMA, in partnership with the Benjamin Franklin Institute of Technology, will be issuing its largest grant to students who are pursuing high-growth careers.

We have been economic first responders since the beginning.

The Urban League of Eastern Massachusetts CEO, Dr. Keith Motley said his organization has been around for over a century, ensuring that minority entrepreneurs and their businesses thrive. The Urban League has five pillars:

“We have been economic first responders since the beginning,” he said. With that in mind, the Urban League will kick off its Urban League Supplier Capacity Building program. “This program is one that we’re going to invest millions of dollars in to make sure that smaller businesses are prepared to be able to embrace the opportunities that they are presented with as they grow and develop,” he said.

If I didn’t get that loan from the SBA, I wouldn’t be here today.

Ruth Agbaji, CEO of Code Wiz, grew up in Nigeria and came to the U.S. in 2010. “While working in the industry, the entrepreneurial bug bit, and I really wanted to start my own business.”

Growing up in Nigeria, Agbaji wanted to escape religious persecution. Her way out was through coding, which led her to the U.S. after receiving a scholarship. Launching Code Wiz, an after-school program for children to learn about robotics and coding, was her way to give back to the next generation. She established it in Massachusetts in 2017.

Her business wouldn’t exist today if it weren’t for her SBA loan. “If I didn’t get that loan from the SBA, I wouldn’t be here today,” she said. Three of the franchise’s locations are owned by women of color, which is a source of pride for her. “All of them are financed by the SBA, so the SBA is very near and dear to my heart,” she said.

Agbaji spoke about how the COVID-19 pandemic has impacted their businesses, but the SBA has helped them through it. “We got PPP funding, and it was really what helped to keep us afloat during those really dark times.” She said that through sheer perseverance and help from the SBA, her business has survived.