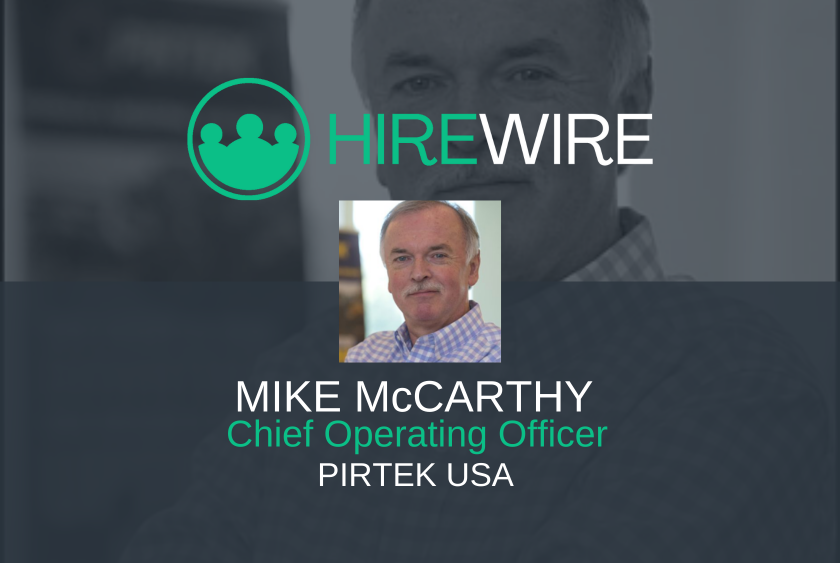 Mike McCarthy has been named the chief operating officer (COO) of PIRTEK USA, a B2B franchise brand that provides retail hydraulic and industrial hose services. McCarthy will oversee PIRTEK USA’s high-quality operations standards as well as develop leadership teams to resolve any issues related to PIRTEK’s franchise network. He will report to the franchise’s president and CEO Kim Gubera. McCarthy recently served as one of PIRTEK’s franchise support consultants and is a former PIRTEK franchise owner.

“I’m excited to join PIRTEK USA in this role as we expand locations into new territories and build up corporate infrastructure to support new entrepreneurs joining the franchise network,” McCarthy said. “I look forward to helping current and future PIRTEK owners achieve the full potential of their businesses while they deliver customer service consistent with brand standards.”

Gubera said, “Mike’s engineering background and extensive operations experience is the perfect fit for PIRTEK USA’s growth strategy. His first-hand knowledge of the PIRTEK model, processes, and services makes him uniquely positioned to understand the needs of our franchise owners and their teams.”

Gubera is excited to have McCarthy a part of the brand’s senior management team and believes that the franchise’s success will continue. The company saw a 14 percent unit growth and several new franchise signings last year, she said.

McCarthy has four decades of experience with construction and manufacturing companies and suppliers of engineering products. Before becoming one of PIRTEK’s multi-unit franchisees alongside his wife, Janice, he acted as vice president and general manager of Siemens AG, which focuses on creating technologies related to infrastructure, mobility, and healthcare. He most recently served as a franchise support consultant for PIRTEK USA.

Last year, in addition to expanding in regions where the franchise was already established, the PIRTEK signed franchise agreements in new areas, including Louisville, Ky., and Cedar Rapids, Iowa. Other signing agreements from 2021 include the franchise’s sixth location in North Carolina and its seventh location in the Atlanta metropolitan area, which round out the brand’s 14 new locations.

What Food Franchises Does Shaquille O’Neal Own? 34798

Why is Chick-fil-A Better Than McDonald’s? 5673