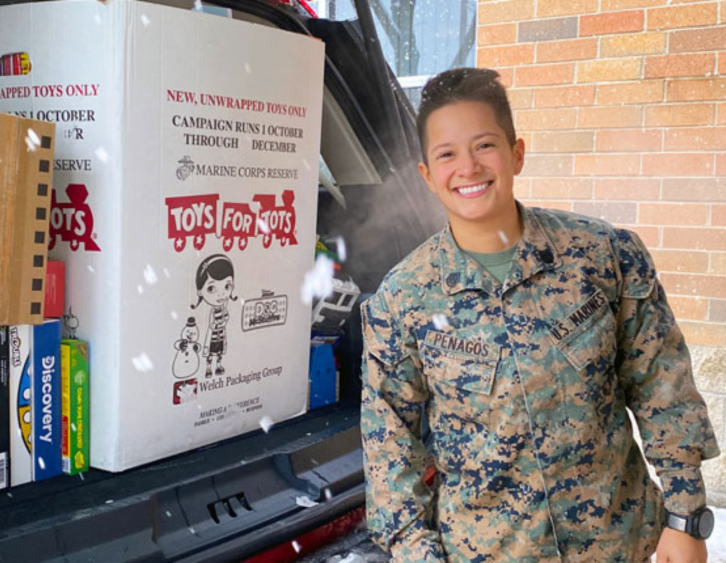 Charitable Giving is at the Heart of These Franchise Companies

Here are 6 great franchise brands that are giving back this 2022 holiday season.

Franchise Brands that Give Back

Batteries Plus, a leading battery, light bulb, key fob and repair franchise, teamed up with Duracell and the U.S. Marines’ Toys for Tots Campaign for the third consecutive year. With this partnership, Batteries Plus and Duracell have donated more than 100,000 AA and AAA batteries to the children’s charity, according to a press release. These batteries will power children’s Christmas presents this holiday season.

For the sixth year in a row, Chicken Salad Chick is raising money for food banks and childhood cancer research with its Giving Card promotion. When customers purchase the Giving Card for $5, they can access rewards in-store using the Chicken Salad Chick Craving Credits app. These include complimentary upgrades and deals such as buy two Quick Chicks, get a third free. According to a press release from the chicken franchise, 75% of the Giving Cards’ sales go to local food organizations selected by franchisees. The other 25% goes to CURE Childhood Cancer. This is the largest charitable initiative through the Chicken Salad Chick Foundation. The initiative has raised nearly $1.5 million, according to a press release.

To commemorate its fifth anniversary and get into the giving spirit, Apóla Greek Grill is donating 5% of its proceeds from its Apóla Pita Sandwiches, Plates, and Bowls to Second Harvest Food Bank of Orange County. This fundraiser lasts through Jan. 5, 2023. According to a press release, the emerging brand’s goal is to raise $5,000 for the food bank. Apóla Greek Grill pledged $2,500.

Wendy’s is no stranger to being charitable during the holiday season. To continue its “Season of Giving,” the legacy fast-food franchise brought back its Frosty Key Tag promotion. When customers buy the Frosty Key Tag for $2, they receive a free Jr. Frosty, including the new Peppermint Frosty, with any purchase in 2023, according to a press release. This promotion supports the Dave Thomas Foundation for Adoption, which helps children get adopted into loving families. Through Jan. 29, 2023, Frosty Key Tags are available at participating locations, through the Wendy’s app, or on the Dave Thomas Foundation for Adoption’s website.

The Spherion Staffing and Recruiting franchise is giving back for the holidays through its annual Community Giveback Program. During the 2022 holiday season, Spherion offices are distributing over $165,000 to nonprofit organizations, according to a press release. The staffing franchise’s Community Giveback Program launched on Giving Tuesday and has been around for eight years to positively impact communities. Each Spherion franchise location will donate at least $1,000 to select charities.

Associates with the TBC Corporation, the parent company of Midas and Big O Tires, spread their “angel wings” by contributing to the Salvation Army’s Angel Tree program. This charitable initiative provides children in need with clothing and toys during the holiday season.