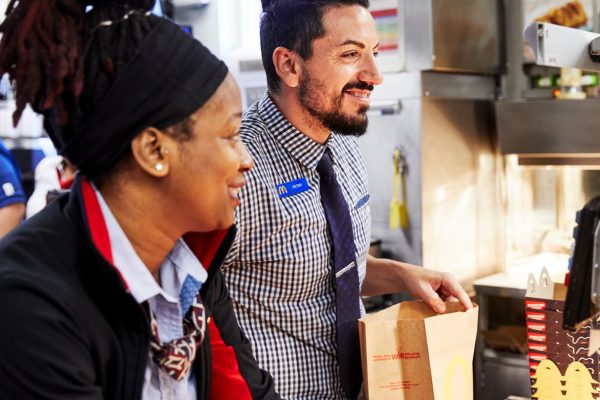 McDonald’s is wooing new franchisees from underrepresented segments of the U.S. population to the tune of $250 million. For the next five years, the burger giant has set aside that quarter-billion dollars to assist aspiring American franchisees from underrepresented communities who have had trouble raising capital to purchase a McDonald’s restaurant, according to a report in USA Today.

The company’s initiative comes in response to racial discrimination complaints from dozens of Black former and current franchise owners in the past two years, the newspaper reported, and is one of several components of McDonald’s push for minority inclusion among its leadership and supply network. The fast-food giant also has set a goal of having its franchisees be representative of their locales.

President and CEO Chris Kempczinski told employees in a message (shared with the newspaper) that “upfront entry costs are a barrier to entry for many entrepreneurs. This barrier may be particularly felt by candidates from different backgrounds, including from historically underrepresented groups. To address the issue, we will seek to reduce upfront equity requirements for eligible franchisee candidates.” McDonald’s also plans to go proactive to achieve its goals, with the company saying it will reach out to organizations within communities to come up with names of potential owners who can be recruited as franchisees.

A major discrimination complaint came to light in September 2020 when 52 Black former McDonald’s franchisees sued the corporation, according to USA Today. Their suit claimed they were steered to restaurants with lower profit potential and were not given financial support equivalent to that of white franchisees. There also has been a civil rights complaint by three current and former employees who said a McDonald’s managers used racially derogatory terms, applied harsher discipline to Black employees for infractions, and gave Black workers fewer hours, the newspaper reported.

In a February discrimination complaint by Black franchise owner Herbert Washington, he alleged that Black McDonald’s owners dropped from 377 in 1998 to 186 in 2021. McDonald’s responded that the proportion of Black franchisees was “broadly unchanged,” elaborating that 29.6% of its U.S. franchisees identify as Black, Hispanic or Asian and about 30% are women, the article said. McDonald’s also has taken the initiative to give women higher profiles, stating in February that within four years it was aiming to increase their ranks in senior positions worldwide from 37% to 45%. It set an overall goal of upping the number of top leaders from underrepresented groups from 29% now to 35% by the end of 2025, USA Today said. McDonald’s has also experienced complaints about sexual harassment. Employees in multiple cities have walked off the job to raise awareness of problems and have encouraged unionization as a way of eradicating the problem, the newspaper reported.

What food franchises does Shaquille O’Neal own? 6171

Why is Chick-fil-A better than McDonald’s? 3006

Franchisors are making it easy to find purpose through work 2991