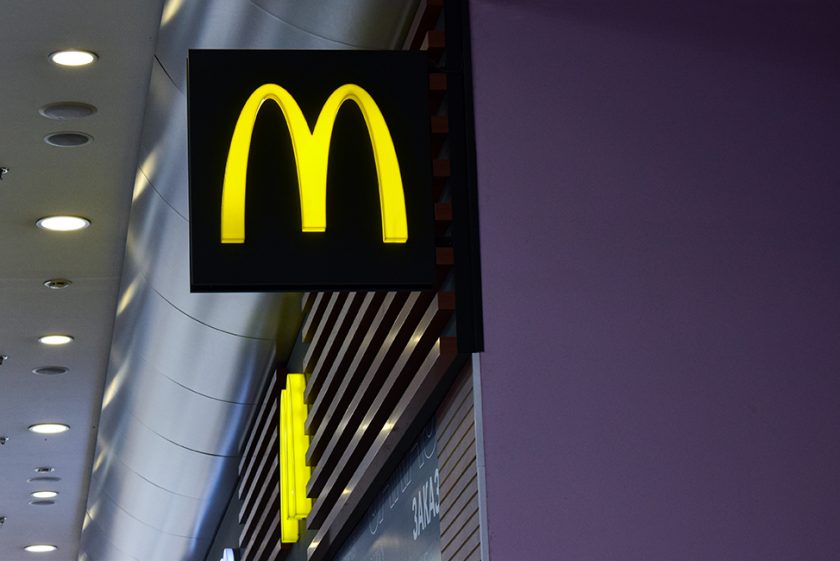 McDonald’s revealed Thursday that it will sell hundreds of its corporate-owned Russian restaurants to Alexander Govor, a franchisee there. According to news reports, the sale must receive regulatory approval but is expected to be concluded within a few weeks. The reports varied on the total number of restaurants being sold, but it is believed that the McDonald’s Corp. owns 84% of its nearly 850 restaurants in Russia.

Govor runs his franchises through his firm GiD LLC, Reuters reported. He has been a McDonald’s franchisee since 2015 and had assisted the fast-food giant with its push into Siberia, where he operates 25 of the fast-food restaurants. He has agreed to keep McDonald’s 62,000 Russian employees on staff for at least two years. He also is obligated to pay the salaries of McDonald’s corporate employees until the sale closes and cover existing liabilities to suppliers, landlords and utilities.

Other terms of the sale, including price, were not disclosed. The restaurants will operate under a new name, with different menus, and without logos or signage relating to McDonald’s. The decision to “de-arch” and leave a major market is unprecedented for McDonald’s. A statement from the company said it would keep its trademarks in Russia, however, and enforce them if it learns of infringement.

McDonald’s opened for business in Russia in 1990, one of the first Western brands to do so. Its large restaurant in the Pushkin Square area of Moscow symbolized that the Cold War had completely thawed.

But when Russia invaded the Ukraine in February, McDonald’s and several other major Western brands knew that maintaining normal operations in Russia would globally damage their reputations. In March the company suspended operations there but continued to pay its employees, at a cost of $55 million per month, according to information supplied by McDonald’s.

Then last Monday, May 15, McDonald’s announced it would leave Russia altogether and sell its stores there. Almost simultaneously the Russian news agency TASS reported the stores would be sold quickly and reopen under a new name in June.

McDonald’s restaurants in Russia, plus about 100 company-owned but currently closed stores in Ukraine, were responsible for approximately 9% of the company’s total revenue last year. That amount accounted for less than 3% of its operating income, the company has stated. The Wall Street Journal reported that McDonald’s Russian exit will cause an accounting charge of $1.2 billion to $1.4 billion.

Although McDonald’s exit looks final at present, CEO Chris Kempczinski didn’t slam the door shut on a return to Russia. “It’s impossible to predict what the future may hold, but I choose to end my message with the same spirit that brought McDonald’s to Russia in the first place: hope,” Kempczinski wrote Monday in a letter to employees. “Thus, let us not end by saying goodbye. Instead, let us say as they do in Russian: ‘Until we meet again.’ ”