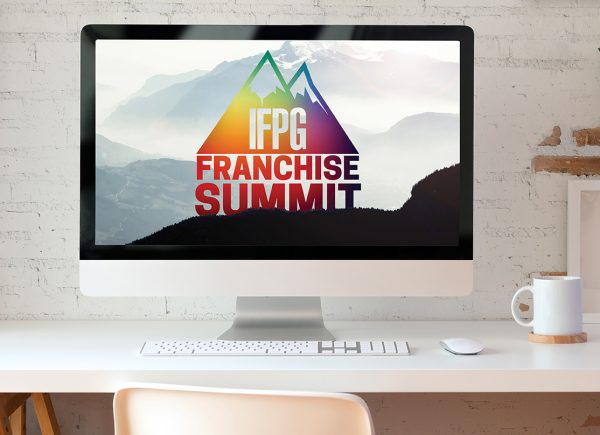 Franchise conferences are in full swing for 2022, and that includes virtual conferences, too. FranchiseWire’s parent company (The International Franchise Professional’s Group, a.k.a. IFPG) has its third virtual conference scheduled for April 11-12, 2022. Although the 2022 IFPG Franchise Summit was planned long before Omicron reared its ugly head, founder Don Daszkowski says the timing couldn’t be better. “Not everyone is able to travel these days or wants to be in a crowded room,” he says. But more than that, Daszkowski says that he added virtual conferences to IFPG’s calendar simply because they add value. “There is definitely a place for both in-person and virtual franchise conferences,” he says. “Offering different formats gives our members more options.”

Registration is now open for the 2022 IFPG Franchise Summit. The two-day event will feature expert panelists, speed networking, breakout sessions, and a special guest speaker. “The format is similar to our annual Retreat but is all done through video conferencing,” Daszkowski says. “Before we held our first virtual conference back in October 2020, I was a little doubtful that we could engage our members for two straight days on Zoom, but I was pleasantly surprised — and so were our members. It was massively successful.”

Daszkowski says that there will be many unique features to the 2022 IFPG Franchise Summit, including breakout sessions that offer franchisors a chance to give their 5-minute elevator pitch and meet with IFPG Franchise Consultants. IFPG Vendor Members get an opportunity for face-to-face exposure at the breakout sessions and have a platform to show their expertise by presenting at the panel discussions. Topics include the Great Resignation, strategies for managing candidates’ fears, keeping candidates engaged through the franchise discovery process and more.

The franchise broker network’s 2022 calendar includes events intended to build relationships between its franchise consultant, franchisor and vendor members. “Even though more than 500 IFPG Members attended our annual Retreat, that number represents less than half of our total membership. New members are joining all the time, so it’s beneficial to have multiple events throughout the year to give everyone a chance to connect,” Daszkowski says.

Whether they are virtual or in-person, our No. 1 goal is to make our events more memorable and productive each time. We’re never satisfied with the status quo.

In addition to the IFPG Retreat and the IFPG Franchise Summit, the broker network offers its Regional Discovery Mixer events. At these unique events, groups of around 20-40 or more IFPG Franchise Consultants, Franchisors and Vendor Members get together for one day of networking and learning. Held in major cities, the group visits franchise businesses, presents concepts and engages in speed networking and team-building activities. “There is nothing else out there like it,” Daszkowski says. “Whether they are virtual or in-person, our No. 1 goal is to make our events more memorable and productive each time. We’re never satisfied with the status quo.”

Ranked as Entrepreneur magazine’s No. 1 franchise broker network, IFPG has been recognized for its inclusive culture, unique events and ethical business practices in franchise consulting.

The International Franchise Professionals Group (IFPG) is a membership-based franchise consulting network with more than 1,200 franchisors, franchise consultants and vendor members. Together, IFPG Members guide aspiring business owners through the process of identifying and investing in franchise businesses.

What food franchises does Shaquille O’Neal own? 5620

Franchisors are making it easy to find purpose through work 2982

Why is Chick-fil-A better than McDonald’s? 2971