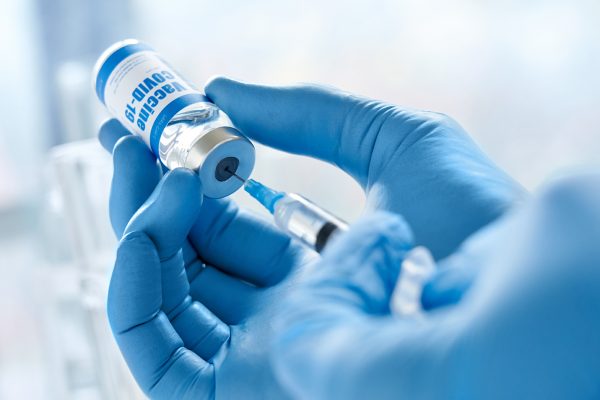 The conservative-dominated Supreme Court has blocked enforcement of a Biden administration mandate that 80 million-plus employees at large U.S. businesses either be vaccinated for Covid-19 or else have weekly tests and wear masks in the workplace. The justices will permit the federal government to enforce its order that most health care workers must be vaccinated, however.

Although Thursday’s decision was mixed, it represents a blow to the administration’s efforts to increase the U.S. vaccination rate, and it comes amid a huge surge in cases because of the Covid-19 Omicron variant. The two-year Covid-19 pandemic has claimed the lives of more than 845,000 Americans.

In striking down the business mandate, the court ruled 6-3, with the six conservative justices in the majority. The vote was 5-4 to allow the health care worker rule to persist; Chief Justice John Roberts and Justice Brett Kavanaugh, both of whom lean conservative, joined the liberals in the majority.

The unsigned ruling for large businesses explained that the Occupational Safety and Health Administration rule was not an ordinary use of federal power, and “it is instead a significant encroachment on the lives – and health – of a vast number of employees. … OSHA has never before imposed such a mandate. Nor has Congress. Indeed, although Congress has enacted significant legislation addressing the COVID–19 pandemic, it has declined to enact any measure similar to what OSHA has promulgated here,” the conservatives wrote in an unsigned opinion.

In dissent, the court’s three liberals argued that it was the court that was overreaching by substituting its judgment for that of health experts. Justice Stephen Breyer, in writing for himself and Justices Elena Kagan and Sonia Sotomayor, said that the decision “stymies the federal government’s ability to counter the unparalleled threat that COVID-19 poses to our nation’s workers.”

Republican-led states had challenged both of the vaccine mandates, and business groups decried the OSHA emergency regulation as costly and possibly pushing more workers to quit amid an already serious labor shortage. Testing kits, which would have been necessary for unvaccinated employees at companies with more than 100 employees, typically cost more than $10 each and have been in short supply.

Decisions by federal appeals courts in New Orleans and St. Louis had blocked the business mandate in about half the states, but Biden administration officials were working to enforce that mandate where it had not been set aside by court decisions. The Supreme Court’s decision on Thursday blocked a December ruling by the Cincinnati-based 6th U.S. Circuit Court of Appeals that had permitted the mandate to be enforced.

Just under 63% of all Americans, in excess of 208 million people, are fully vaccinated, and more than a third of those have received booster shots, according to the Centers for Disease Control and Prevention. All nine justices have been vaccinated and boosted.

What food franchises does Shaquille O’Neal own? 5612

Franchisors are making it easy to find purpose through work 2982

Why is Chick-fil-A better than McDonald’s? 2971