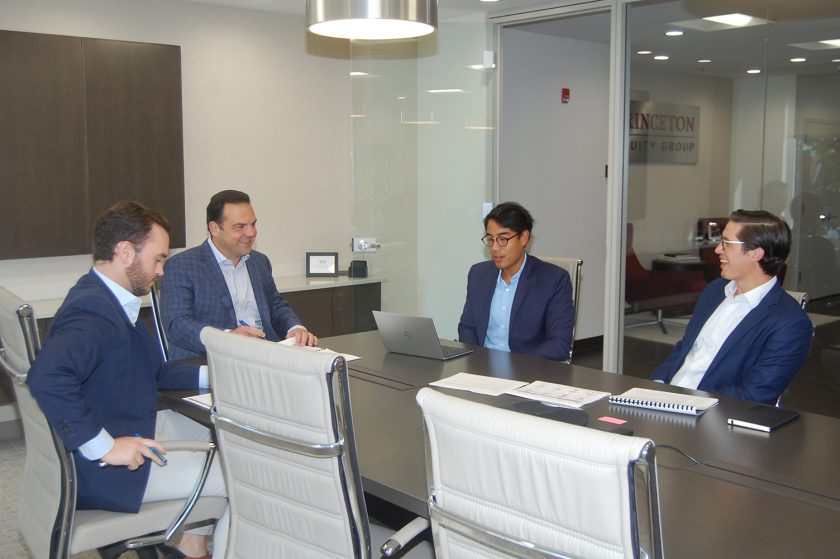 For Waskovich, investing is all about growth and partnership. “We will typically double or triple employee count when we make an investment in a franchise company,” he says. “Private equity ownership should be welcomed by franchisees because it makes franchise locations more valuable.” Like many people in franchising, Waskovich has a deep love for the industry. He started his career investing in software companies, but soon discovered the many merits of the franchise model. His first investments in Massage Envy and European Wax Center proved successful and he was hooked.

It wasn’t just unit economics that lured Waskovich and Princeton Equity Group to franchising; it was culture. “I love franchising. It’s friendly and inclusive.” And he has fun with it. Waskovich and his team will often visit a franchise location wearing the brand’s swag. “There’s nothing more exciting than experiencing a franchise in person.”

After several successful investments in franchisors, Waskovich and his partner, Doug Kennealey, decided to invest exclusively in franchise companies and raised a $350 million fund in 2020 to accelerate their growth. Princeton Equity Group has invested in more than 20 franchisors, including Ellie Mental Health, Five Star Franchising and D1 Training. They look for the same qualities in franchise brands that most candidates do, such as scalability and repeat business. They also go through their own validation process and talk to multiple franchisees in every brand they consider.

Through their investments, Princeton’s leaders realized the importance of franchise broker networks. “All of our brands are involved with broker networks. We have a deep respect for brokers and seek constant engagement with them.”

Waskovich and Princeton Equity Group Vice President Jack Nagle had their eye on one franchise broker network in particular: IFPG. “We love the IFPG membership model. We thought it was very special and investable. IFPG is the most democratized broker network that exists,” says Nagle. “Also, we love Don [Daszkowski] and his team, and the IFPG culture as a whole. The people are just fantastic.”

So what does Princeton’s investment mean for IFPG members? Nagle says it’s all about supporting members with additional services and opportunities. “We plan to bring in more resources and leadership-talented people,” says Nagle. “We’re here to make IFPG members even more successful.”

Waskovich thinks of IFPG members the same way he thinks of franchisees. “We have a your-success-is-our-success mindset,” he says. “And with IFPG, it’s a winning proposition for everyone.”