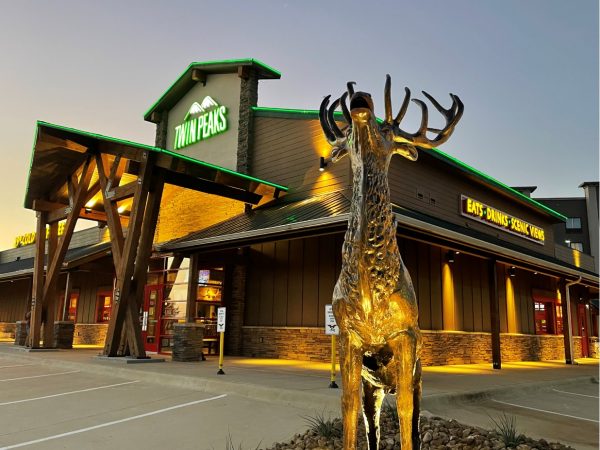 FAT Brands Inc. has agreed to buy sports restaurant franchisor Twin Peaks for $300 million. The purchase will be financed with $232 million in cash plus stock to the seller, Garnett Station Partners. The deal should be finalized this month.

With the acquisition, FAT Brands will enter the category of “polished casual” restaurants. Alcoholic beverages typically comprise 50% of each bill in polished casual restaurants. By contrast, casual dining establishments’ tabs usually are made up of about 25% in alcohol sales.

Some Twin Peaks restaurants shut down for short periods during the pandemic, but Wiederhorn is optimistic that the worst is over. “We don’t believe there will be any prolonged dining room closures in the future. We’re making this investment for the long term,” he said. “We just think that the restaurant industry is here to stay and the recovery is here to stay,” adding that his company is excited “to get into the polished casual dining space.”

Twin Peaks CEO Joe Hummel agrees with the bright forecast. “Our business has returned to tremendous growth and success over the past six months – from rapid franchise development to same-store sales out-performance – and we’re just getting started,” Hummel said. “We’re excited to continue working with our franchisees to create great experiences for our customers and long-term growth.”

Based in Dallas, Twin Peaks was established in 2005 and has 82 locations in 25 states, according to a company statement. The brand plans to open 18 new sites in the next year and a half.

A Garnett Station affiliate had invested in Twin Peaks in March 2019, and the businesses’ leaders had focused on identifying and capitalizing on growth opportunities. Since Garnett Station’s investment, the brand increased its franchise unit total by about 15% and upped its adjusted earnings about 50%. Same-store sales and company revenues have grown substantially, too.

Matt Perelman, a partner at Garnett Station, said, “Twin Peaks is a truly unique concept within the casual dining industry, with a best-in-class management team and committed franchisees, as demonstrated by its significant growth and consistently strong financial results throughout its partnership with Garnett Station. We have enjoyed working with the Twin Peaks team and wish them continued success with their new partners at FAT Brands, a leader in managing franchised, casual dining restaurant concepts.”

What food franchises does Shaquille O’Neal own? 4167

Why is Chick-fil-A better than McDonald’s? 2849