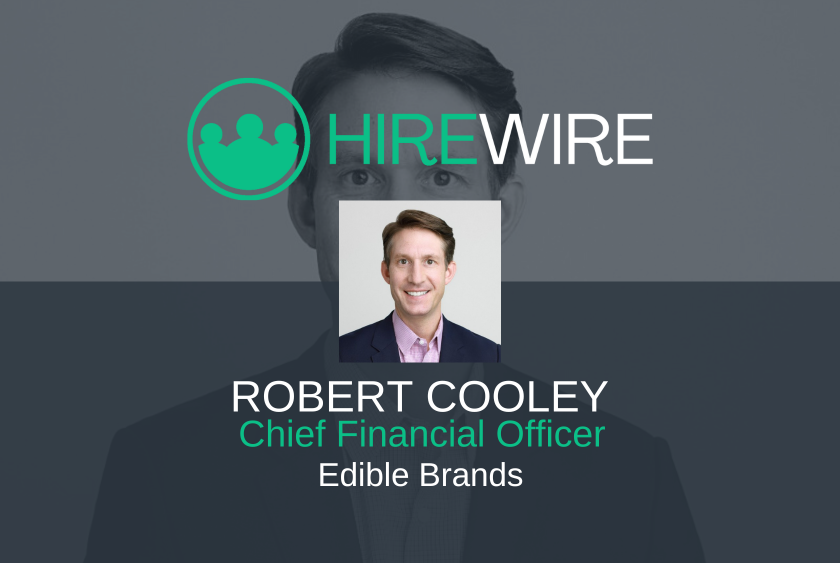 Robert Cooley has been named chief financial officer (CFO) of Edible Brands, the parent company of Edible, a leading retailer and e-commerce provider of deliverable fresh fruit arrangements. As CFO, Cooley oversees the parent company’s strategic planning and finances. He has more than 20 years of experience with financial analysis, capital management, and strategic planning. Cooley was previously the vice president of finance for UPS and has also held high-level positions with US Airways, HD Supply, and Home Depot.

“Edible is one of the world’s most iconic brands, and I’m excited about the opportunity to be joining this team during a time of such dynamic growth,” said Cooley in a statement. “The marketplace is undergoing dramatic changes, and thanks to the digital and physical infrastructure Edible has put in place, we are uniquely positioned to take a leadership position in this changing landscape, and I look forward to playing a role in shaping that future.”

Cooley has been an Edible customer for years and was impressed with the company’s innovation. “The joy the products bring to both the giver and receiver is unique. I was honored and humbled to be considered for the role as a leader at Edible Brands,” he said.

Edible Brands CEO Tariq Farid praises Cooley’s leadership and vision and believes that he’s a good addition to the leadership team. “Robert has a proven record of building powerful finance teams and driving profitable growth for major international brands. His vision, experience and leadership will be critical as we embark on a new phase of global expansion.”

While Edible Brands is Cooley’s first role working for a franchise company, it is not his first experience with franchising. “My father owned a franchise in the home care industry, and I got to see firsthand what it took to succeed,” Cooley said. He adds that his favorite aspect of the industry is “the opportunity it provides to anyone that wants to run their own business. It’s not easy, but if you run it the right way, you have the potential to impact your community and drive value.”

Before making the leap into franchising, Cooley advises doing research. “You need to understand the economics of running a franchise. Try to learn all the pitfalls and connect with other successful franchisees. Most importantly, find something that you are passionate about,” Cooley adds. In terms of his education, Cooley earned a bachelor’s from the University of Virginia and an MBA from Georgetown University.

What Food Franchises Does Shaquille O’Neal Own? 46537