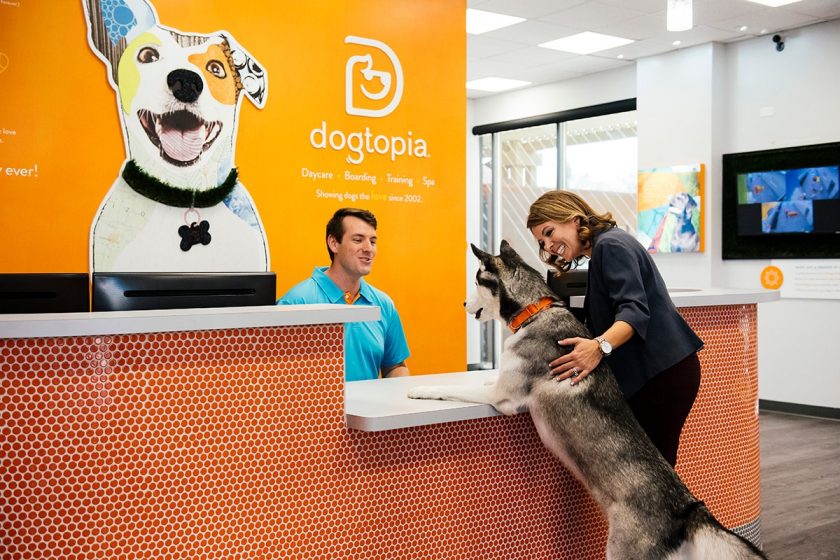 U.S. birth rates have been on an accelerated decline since the pandemic, but even before 2020, millennial women have been delaying pregnancy and opting for a different type of parenting: the four-legged kind. Today’s 24- to 39-year-olds are testing out their parenting skills in a different way than their baby boomer parents did. Instead of going all-in with a human baby, millennials are easing into parenthood with pets, which the generation affectionately refers to as “fur babies.” According to Dogtopia CEO and President Neil Gill, millennials are testing out their parenting skills by raising dogs as starter children.

To some, it may seem that millennials are shirking the responsibility of parenthood, but Gill explains that this group is taking pet parenthood to a whole new level and they are not going it alone. Millennials are seeking services to help them cater to their dog’s needs beyond the basics of food and shelter. Today’s pet parents want their fur babies to be the best versions of themselves and Dogtopia has set out to help them. “We help dogs become better canine citizens,” he says.

The Demand for Dog Daycare

Dogtopia’s core focus is dog daycare, which accounts for 90 percent of its revenue. The concept was so innovative and unique when Gill first encountered the brand, that he came out of retirement to be a part of it.

Gill saw an opportunity to build an entirely new franchise business sector. “There was nothing else like it out there like when I started with the company in 2015. While other pet franchises were trying to be one-size-fits-all types of businesses, Dogtopia was focused on a specific, in-demand need and has excelled at it. Because of that, we have become the fastest-growing pet services franchise in the country,” he says. Since he joined Dogtopia, the dog daycare franchise has grown from 28 locations to more than 200 locations worldwide with another 300 in development.

Like Dogtopia’s clientele, Gill is a passionate pet parent who believes in treating all dogs like they are part of the family. He is also a franchising veteran with more than 35 years of building international franchise brands such as KFC, Pizza Hut, Brinker International, and Gloria Jean’s Coffees.

Gill is aligned with the mindset of the typical Dogtopia customer, who he describes as a millennial woman whose dog is the center of her life. He also understands that Dogtopia’s millennial customer represents the biggest share of pet owners in the United States and that the dog daycare franchise is positioned to explode right along with the growing billion-dollar pet industry.

A Boom in Pet Ownership

While the pandemic has led to decreased births, it has also led to a boom in pet ownership. And Gill says that Covid also contributed to awareness about pets’ needs in general. “The pandemic helped people realize that their pets sleep all day and need more exercise and socialization than they get at home,” he says. “That’s where we come in. We help dogs live longer, healthier lives. So many dogs suffer from obesity and heart disease from inactivity. At Dogtopia, dogs get more exercise — about 30,000 steps a day.”

Although many folks still work remotely, they are opting for dog daycare services to help their dogs live better and behave better. “Dogs need social interaction, exercise and mental stimulation and they get it all here,” he says. “They also learn good behavior. After joining Dogtopia, pet parents are shocked at the positive changes in their dogs. We help create better canine citizens,” he says. “After all, it takes a village to raise a dog.”

For more information about the Dogtopia franchise opportunity, visit  www.dogtopia.com/franchising-us/

What Food Franchises Does Shaquille O’Neal Own? 46535