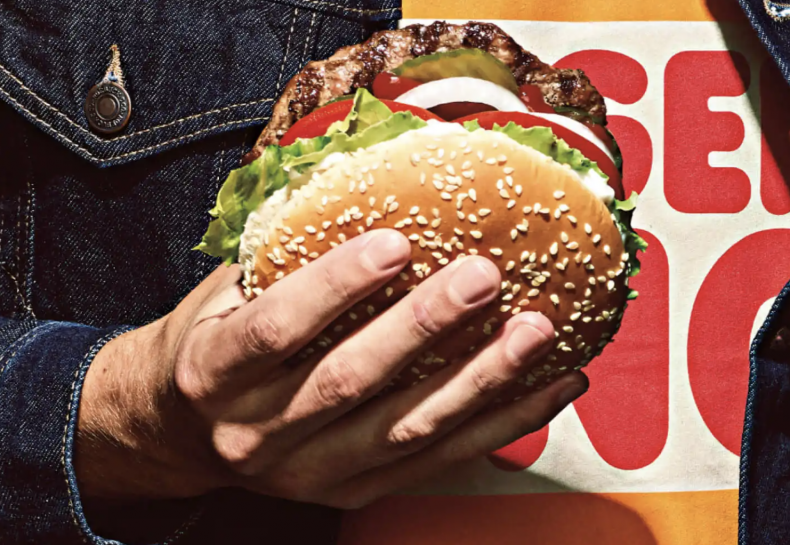 The Class Action Against Burger King Says Consumers Were Defrauded

Americans are taking it on the chin from inflation (and shrinkflation) these days, especially in prices for automobiles, building supplies, gasoline and groceries. Is Burger King adding to their inflationary pain? A 26-page class-action complaint filed in the U.S. District Court in Southern Florida alleges that the fast-food chain it is doing exactly that, with full-price portions that don’t measure up size-wise to the pictures in the brand’s ads.

Lawyers Anthony J. Russo and James C. Kelly represent plaintiffs who claim that sandwich sizes in the burger chain’s advertising are misleading enough to constitute consumer fraud. The complaint says “Burger King advertises its burgers as large burgers compared to competitors and containing oversized meat patties and ingredients that overflow over the bun to make it appear that the burgers are approximately 35% larger in size, and containing more than double the meat than the actual burger.”

Is the Burger King Whopper Really That Big?

Kelly told FOX Business that the complaint was filed to make Burger King and other fast-food chains depict their menu items realistically in advertising. “We are ultimately seeking changes to the photos for the materially overstated menu items and fairness across the industry on the issue,” he said via email.

The cited menu items include the chain’s iconic Whopper and King food offerings, the Croisann’Wich and Double Sausage sandwich, as well as additional burgers featuring bacon or cheese. “Burger King’s advertisements for its burger and menu items are unfair and financially damaging consumers as they are receiving food that is much lower in value than what was promised,” the complaint argues.

The Burger king lawsuit, which includes at least 100 plaintiffs and seeks a jury trial, says the ads represent a “deceptive trade practice.” The plaintiffs claim they wouldn’t have bought their Burger King sandwiches had they known “that said burgers were much smaller than advertised.” Backing its assertions, the complaint lists food reviewers, YouTubers and consumers on Twitter who have stated that Burger King’s actual foods are considerably smaller than those pictured in the company’s ads. The complaint also includes shows photos of consumers’ foods alongside advertising images to document the disparity.

“The matter in controversy exceeds the sum or value of $5,000,000, exclusive of interest and costs,” the attorneys wrote in the complaint. The Burger King lawsuit, which hit the Florida court’s docket on March 28, said the practice of inflating food sizes began around September 2017, according to an NBCNews.com article.

Russo said a major aim of the lawsuit is greater transparency from industry advertising as a whole. “If I’m advertising a vehicle, you don’t Photoshop it to enhance it,” he told NBC. “Sure, maybe you shoot it in its best light, but certainly you don’t make it misleading. That’s really the basis for these kinds of lawsuits.”

Burger King has been in trouble before over inflating food sizes in the photographs used in its ads. The United Kingdom’s advertising authority cited the company 12 years ago for serving burgers that had height and thickness “considerably less” than what was advertised, NBC reported.

In an NBC report, Jonathan Maze, editor in chief of Restaurant Business magazine, said lawsuits like this one may seem petty but sometimes prompt a company to settle with a payout “when they fear bad publicity.” For instance, in 2020 a California judge approved a $6.5 million settlement in a class action filed against Chipotle over what was alleged to be a misleading non-GMO advertising campaign, according to NBC.

A spokesperson for Burger King, which is owned by Restaurant Brands International, told Fox Business in an email that the corporation “does not comment on pending or potential litigations.”