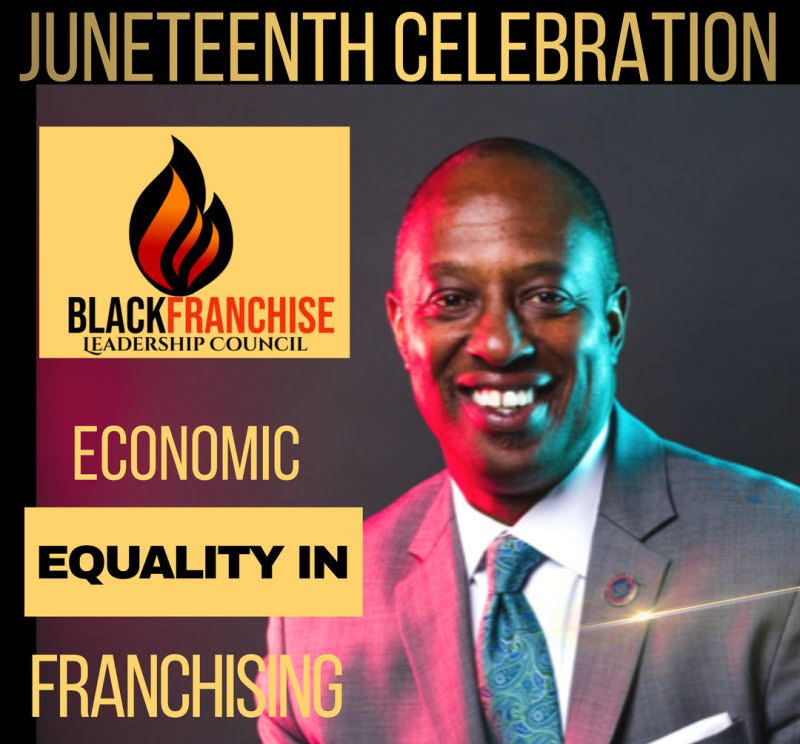 The International Franchise Association (IFA) and its Black Franchise Leadership Council invite all interested parties to a virtual Juneteenth Celebration on Economic Equality in Franchising at noon EDT on Thursday, June 24. The council is a network for Black American franchise leaders throughout the U.S.

The IFA strongly supports diversity and inclusiveness. The organization has been proactive in reaching out to people of color to ensure they’re aware of opportunities and to create a welcoming camaraderie among minority franchisees in particular and franchise owners as a whole. The council, which launched in February 2021 as part of the IFA’s Diversity Institute, is tasked with bringing a Black perspective to the franchise community by opening up communications about the franchise business model and its effect on Blacks. The council also wants to improve Blacks’ access to start-up capital and nurture the long-term success of Black franchisees.

The Black Franchise Leadership Council’s vice chair is Carolyn Thurston, an IFA board member and founder of Wisdom Senior Care. Serving as council secretary is Pamela Gore, a Diversity Institute board member and senior manager of franchise recruitment at Inspire Brands, serves as council secretary. Also on the council is CodeWiz CEO Ruth Agbaji, who grew up in a life of hardship in Nigeria, taught herself computer coding, and ultimately left a job at Microsoft to go into franchising.

The Juneteenth Celebration on Economic Equality feeds into the mission of the Black Franchise Leadership Council, the IFA’s Diversity Institute and the IFA as a whole. When Juneteenth became an official federal holiday last Thursday, it marked a national acknowledgment of the ills of slavery as well as Blacks’ continuing battle to overcome discrimination during the 158 years since President Lincoln issued the Emancipation Proclamation. Activists say the national holiday is just one step in their journey to eradicate racism on many fronts — including financial/economic, housing, education, justice system inequities, abuses by police, and voting rights — in pursuit of genuine, lasting equality.

The Juneteenth holiday (the name merges the month with “nineteenth”) commemorates June 19, 1865, when Union soldiers informed Black slaves in Galveston, Texas, that they were free – about 2½ years after Lincoln’s proclamation and more than two months after the Confederate Army surrendered. They were the last slaves to be freed. Many Whites were unfamiliar with Juneteenth, which has been more widely celebrated in the South as an unofficial holiday. Matthew Delmont, who teaches history at Dartmouth College, told the Associated Press that the federal holiday “hopefully provides a moment on the calendar every year when all Americans can spend time thinking seriously about the history of our country.”

Previous ArticleJust in Time for Summer, Powertime Launches Fleet of Powerboats in San DiegoNext ArticleSemi-Absentee Ownership Gives This LIME Painting Franchisee the Best of Both Worlds