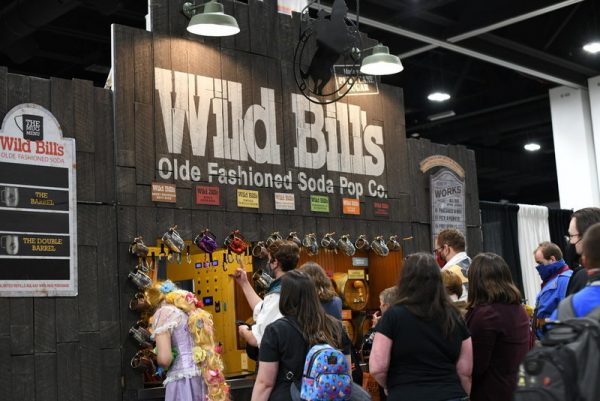 Wild Bill’s, a non-alcoholic craft-beverage company, now offers exclusive incentives for veterans who want to own its pop-up, event-linked enterprises as franchises. Veteran-owned, veteran-operated Wild Bill’s will discount its franchise fees for qualified applicants and also will provide special financing on equipment. The company made this announcement just in advance of Veterans Day, Thursday, Nov. 11.

Since 2002, Wild Bill’s has trekked throughout the United States with Western-themed wagons to serve soda drinks to more than 1 million customers at festivals, fairs and conventions. Each of the company’s wagons has seven barrel taps that serve beverages in flavors such as birch beer, butterscotch, orange cream and sarsaparilla. Thirsty customers at these events can buy commemorative stainless steel mugs that entitle them to unlimited refills.

Wild Bill’s leadership recognizes the high-value skills that veterans can bring to their franchises – capabilities such as superior strategic planning, staffing and smooth handling of equipment logistics. “The operational nature of Wild Bill’s traveling Wild West themed pop-up retail activations is a perfect fit for veterans aspiring to apply their military talent to pursue a life as entrepreneurs,” said Michael Quilty, owner of Wild Bill’s and a Navy veteran. “Today, we’re proud to further our commitment of helping our nation’s heroes make the transition from the military into successful civilian careers through our new Wild Bill’s Veteran Franchise Program.”

In addition to event wagons, Wild Bill’s sells its beverages via various online sources, including its own website and Amazon, as well as brick-and-mortar retail stores. The company supports nonprofit organizations that focus on helping veterans, and part of its stated mission is to create significant employment opportunities for U.S. veterans.

What Food Franchises Does Shaquille O’Neal Own? 34960