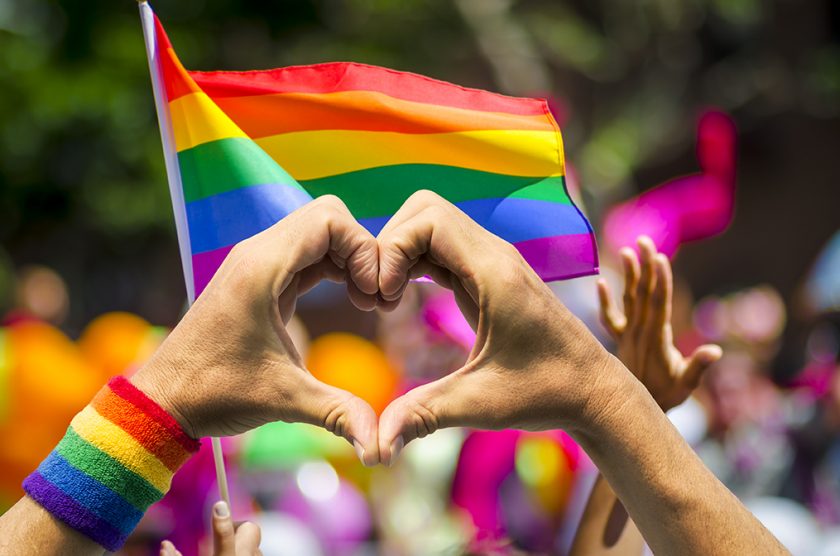 Being inclusive is smart business, and a Dec. 7 International Franchise Association Pride Franchise Leadership Council webinar explained why and suggested tactics for building an inclusive culture.

The primary speaker was Rob Smith, CEO and founder of The Phluid Project, which advocates for LGBTQIA+ people as well as the values and priorities of Gen Z. Smith has 30-plus years of retail experience that includes marketing and supply chain expertise. He has advised companies such as Macy’s, Victoria’s Secret and Nike about the impact of inclusiveness and the importance of Gen Z perceptions on diversity, equity and inclusion initiatives in companies’ cultures.

Early in the webinar, Smith staked out the reasons for Gen Z (born 1997-2012) being a priority demographic as opposed to, say, Gen X (born 1965-1980) or millennials (1981-1996). For one thing, “they make up about a third of the world’s population.” This means they have tremendous buying power, and yet “Gen Z is indifferent about gender shopping.” Twenty-one percent of adult Gen Zers identify as LGBTQ, he said.

But perhaps more significant, Smith said they believe in inclusion, environmental safeguards and social justice. Being part of a brand that lives these values is important for “recruiting and retaining young people,” Smith stated. “We now have five generations working together, from Gen Z to the boomers, and we must learn how to include everyone without alienating anyone.”

Smith said that to promote inclusiveness for LGBTQ people, you must attain understanding. “Suppose you are Christian and you speak to an Islamic group. You’re not trying to convert; you’re just trying to inform.” Pickett agreed: “Understanding is the biggest part of it,” he said, adding that astute businesspeople also must know how an inclusive culture and policies affect their brands.

Your brand needs to be accepting and comfortable to people – employees, customers, everyone – who fall in the space between the male and female bookends of the gender identity spectrum.

Rob Smith, CEO and founder of The Phluid Project

Address people with care and sensitivity. First name, of course, is always fine. And you can be proactive about pronouns: Ask the person about preferred identification (he/she/they), Smith said, and tell them you’ll do your best to stick with their preference. And if you mess up, suggest that they quietly, privately correct you. This lets them know you’re supportive, caring and trying.

Smith acknowledged that people have been conditioned to think of the U.S. president as “he,” a nurse as “she,” and a doctor as “he.” “People are constantly in a state of learning and unlearning,” Smith said. “Gender is a social construct. Girls wear pink dresses, and boys should act a certain way.” But it can be overcome.

The speakers also advocated dropping courtesy titles from communications (letters, emails, etc.). Some companies allow employees to show their pronoun preferences on their name badges if they wish. Another way to stay gender-neutral is taking care in your spoken greeting, perhaps saying “Hey, friends” instead of “Hey, guys.”

And, of course, Smith, Pickett and Rowan all emphasized the importance of training that applies to all interactions, in hiring practices, in all business activities. Smith says that when he is hired to help a business improve its inclusiveness and diversity, he usually meets with C-suite leaders first to get their buy-in. It’s very important to get cross-over support within a company. Civil rights activists made little headway in their quest to fight racial prejudice until “Selma [Alabama], when whites joined the marches.”

One unexpected benefit of inclusion is improved efficiency, Smith said: “46% of LGBTQ employees hide their gender identity at work. That takes so much energy – energy they could be using to be more productive at work.”

A company’s workers can be inclusivity allies, people who are accepting and respect LGBTQ individuals and pro-diversity politics; advocates, who are more assertive and might go to someone they trust in human resources to push for change and inclusion; and activists, those who will put their job and reputation on the line by saying, “If we [the company] won’t do this, then this isn’t a company I want to work for.” Smith noted progress but said there’s more work to do. “Think how far we’ve come in the last 25 years. Back then, if someone saw my wedding ring at a party, they might say, ‘Oh, you should bring your wife.’ Today they would say ‘partner’ instead of ‘wife.’”