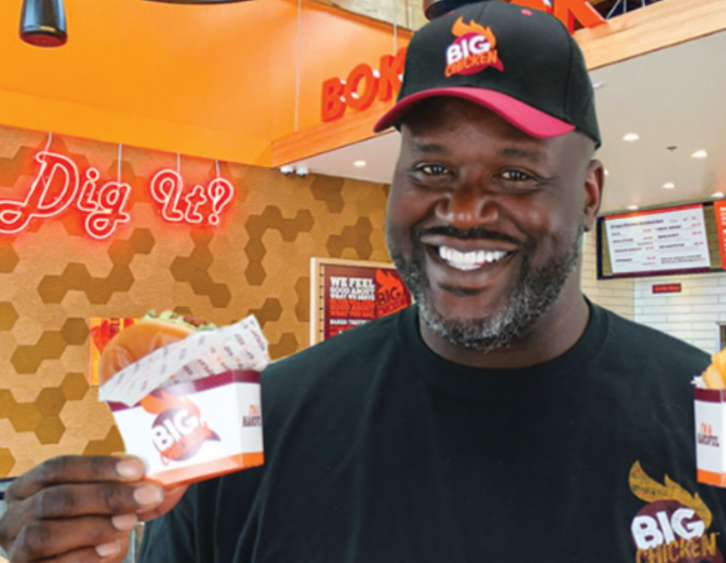 Grand Opening Alert: Shaq’s Big Chicken is Making its Way Across the Country

If you’re excited to try Shaq’s Big Chicken, you won’t have to wait long. The basketball legend plans to open his first brick-and-mortar shop in Houston early next year with more franchised locations popping up throughout the country in 2023.

Big Chicken has been expanding on both land and sea. The chicken franchise can be found on two Carnival Mardi Gras cruise ships and arenas in Seattle and New York as well as in Las Vegas and Los Angeles.

To continue its expansion, Big Chicken seeks multi-unit franchisees. According to a press release from the fast-casual brand, there are plans to open more than 150 locations across the country in Nevada, Ohio, Oklahoma, Utah, Tennessee, California, Florida, Idaho, and Illinois. Below is a list of Big Chicken franchises that are planned to open in 2023. Perhaps one will be coming to your neighborhood. The following dates are tentative.