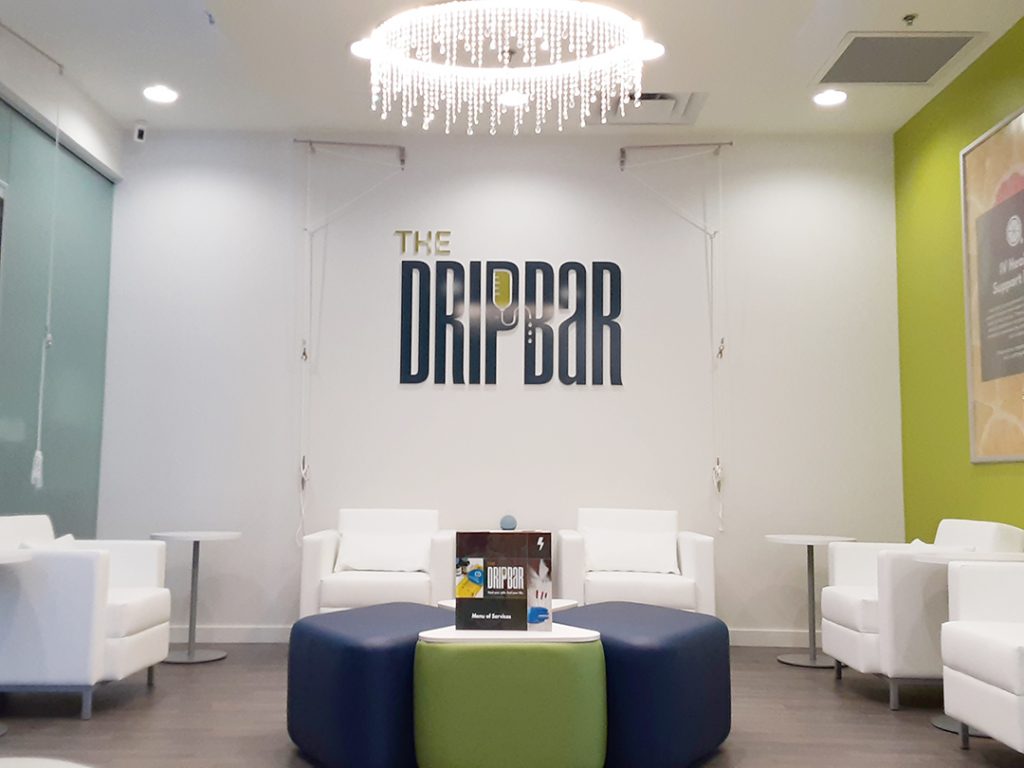 THE DRIPBaR, a franchise that offers intravenous therapies, gets lots of attention these days… and it’s the right kind of attention. Mega-investor Carl Gould is a fan who plans to give the franchise a presence of 40-plus locations across the Garden State, including Newark and Atlantic City as well as suburban Philadelphia. The first location is expected to open this summer in the Borough of Butler, N.J., in northern New Jersey’s Morris County.

Gould is a DRIPBaR client and an enthusiastic devotee of IV therapy. “I wholeheartedly believe in THE DRIPBaR’s concept and mission. Their overall goal is to help people through IV therapy. From cancer patients to the busy mom, THE DRIPBaR has something to help everyone.”

Gould feels good about assisting the 5-year-old health-services company, which began franchising in 2019, as it grows. “THE DRIPBaR is focused on helping people,” he said. “THE DRIPBaR’s dedication to the community, cutting-edge treatments, and excellence in the industry will lead us to success across the state.”

A franchise on a mission

Crosbie is confident that THE DRIPBaR has vast growth potential. “The quality and range of our offerings, and the consistent excellence of our services, will distinguish us as IV therapy grows in popularity,” he said. “People want to be in control of their own health. They want to be proactive. They want non-drug therapies to support their best health.”

THE DRIPBaR’s mission statement says the franchise is “focused on helping people obtain their best health using advances in intravenous therapies. Our dedication to cutting-edge treatments, commitment to community, and the excellence of our experts lead our drive in the industry.”

The franchisor plans to tap the market of health-conscious Americans who are looking for an edge through IV therapy. This therapy is the fastest way to add nutrients and hydration to the body because they go directly into the bloodstream – bypassing the digestive tract –  for immediate absorption and use by organs. THE DRIPBaR’s IV therapies are designed to enhance health in various ways, from holding off the signs of aging to decreasing brain fog and raising energy levels.

Clients of THE DRIPBaR can select from 18 IV drips, including the Flu Fighter, which is designed to help the common cold, and High C, a drip targeting current or former cancer patients. Each session, which costs about $100 to $200, lasts 25 to 40 minutes. Clients who don’t have time for a full vitamin infusion but want the benefit can opt for one of seven quick shots for a beneficial boost.

According to a news release, the company has nearly 200 locations under development in eight states. Locations are already open in Fort Collins, Colo.; Newport and Warwick, R.I.; and Atlanta. A Tampa DRIPBaR is scheduled to open on May 15.

For more information about the company, visit www.thedripbar.com.

What food franchises does Shaquille O’Neal own? 4556

Why is Chick-fil-A better than McDonald’s? 2891