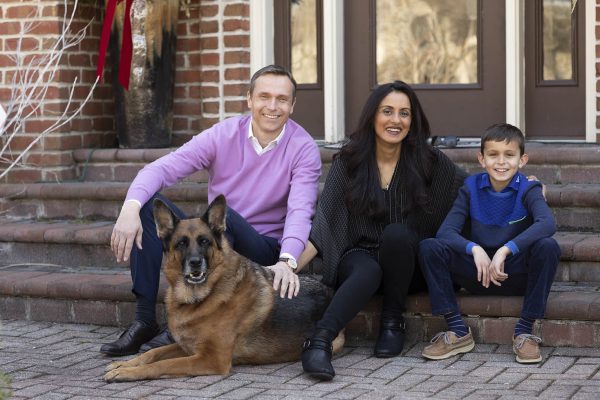 Through franchising, Namrata Yocom-Jan takes on her mother’s pursuit for better senior care

Namrata Yocom-Jan says her mother Kiran Yocom has the patience of a saint—literally. Considering the fact that Kiran worked with Mother Teresa for 14 years, it’s no surprise. Mother Teresa’s influence on Kiran was profound and served as the inspiration behind Seniors Helping Seniors, a senior care franchise.

As the name suggests, the company uses mature caretakers who make perfect companions for their clients. The premise behind the business is two-fold: Seniors can help each other age more happily and gracefully, and seniors who give, and those who receive, benefit equally.

Originally from India, Kiran was appalled when she came to the United States in the 1990s and saw the status of nursing homes. “Back then, there were very few options for home-based senior care,” Namrata says.

Kiran launched the first Seniors Helping Seniors location in 1998 in Reading, PA. Although Namrata supported her mother’s business journey, she had no plans of joining it. Her focus was on her career and, despite her mother’s continual attempts to recruit her, Namrata moved to Switzerland for another opportunity.

Seniors Helping Seniors grew steadily over the years, and in 2006, started franchising. Namrata’s father, Philip Yocom, came from a strong franchise background and helped Kiran systematize her business model and get the franchise opportunity up and running.

After years of trying to recruit Namrata to the family business, Kiran’s patience finally paid off when Namrata flew home to participate in her mother’s company picnic. She thought it would be a small gathering but was blown away when she arrived and found more than 1,500 people participating. “I was absolutely shocked to see how many lives my mother had impacted through the business,” Namrata says. “I realized that I had been focusing on the bottom line and my career, while my mother had been focusing on helping people through her business,” she says. Folks at the picnic approached Namrata and told her how much her mother had touched their lives. “They referred to my mother as a ‘Junior Mother Teresa,’” she says. “That day I decided to leave my career and join the family business.”

Our name really says it all and sets us apart from any other senior care franchise.

Both Namrata and her husband, Daniel Jan, joined the company as master franchisees and ultimately have taken on leadership roles. They plan on continuing Kiran’s mission to help others while improving the franchise system with upgraded programs, telecare and corporate partnerships.

As they grow, Namrata and Daniel are committed to keeping clients at home as long as possible and matching them with caregivers who are compatible as well as empathetic. “We look for caregivers who have a heart of a volunteer,” she says.

Seniors Helping Seniors has 180 locations in 31 states, plus the United Kingdom and Malta. Namrata and Daniel are set on growing the brand along with the times. “Our goal is to add 500 new territories in the next five years,” Namrata says. “It’s important to adapt to the needs of the market while staying true to our name,” Daniel says. “We are Seniors Helping Seniors,” he says. “That name really says it all and sets us apart from any other senior care franchise.”

Previous ArticleControversy swirls over Megan Rapinoe in Subway adsNext ArticleDon’t want to go back to the office? Try a home-based franchise

What food franchises does Shaquille O’Neal own? 4152