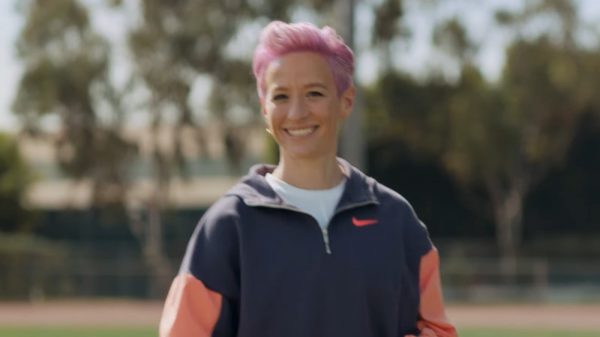 The Subway franchise is making news again… and not in a good way. The brand has hired sports stars to publicize its new menu, and Subway franchisees are not feeling the love for the choice of controversial Olympian Megan Rapinoe, who knelt during the national anthem before the team’s bronze medal-winning soccer match.

Customers have criticized Rapinoe’s appearance in the ad campaign but don’t seem to have problems with tennis’s Serena Williams, football’s Tom Brady, and basketball’s Stephen Curry, who complete the celebrity foursome. The athletes – along with the voice of retired NBA star Charles Barkley – promote the company’s Eat Fresh Refresh menu update. Rapinoe, who has also made headlines for stridently supporting equal pay for women, launches a soccer ball that knocks a burrito out of a man’s grasp in a Subway ad.

Some franchisees told Business Insider that the Subway franchise is wasting money on ads with a polarizing spokeswoman. Purple-haired Rapinoe was actually one of several Olympians who knelt in protest of systemic racism and police brutality in the United States – but of course she’s the only one who’s featured in the Subway franchise’s ads.

Business Insider reported that a customer at a Bakersfield, Calif., Subway franchise wrote on Facebook: “As long as you have Megan Rapinoe representing your company, I won’t buy another sandwich from your stores.” The article also said that someone had affixed a sign to a Subway franchise’s door that read: “Boycott Subway until Subway fires the anti-American.”

Subway has more than 37,500 locations in 100-plus countries and territories, with 21,700 in the United States. Subway franchisees pay a 4.5% fee for advertising as part of their royalty obligations but have no control over ad content. Fifteen years of ads featuring brand ambassador Jared Fogel, who is serving a minimum of 15 years in federal prison for child pornography and exploitation charges, led to a public relations catastrophe in 2015.

So far Subway is standing behind Rapinoe, with a spokesperson telling Insider that the “super-star athletes are a natural fit for the Eat Fresh Refresh campaign.”

The healthier menu debuted July 13 with a planned giveaway of 1 million subs. The reception was tepid, and Subway franchisees blame CEO John Chidsey, previously with Burger King, for not understanding the customer base of the 66-year-old restaurant.

Insider quoted an eastern U.S. Subway franchisee as saying, “Franchisees are not making money.” Some franchisees have reported a recent uptick in sales revenue, but they attribute that to price hikes they had to make to cover increased prices for food and other materials along with rising labor costs – so it’s not helping their bottom line. They do not believe the menu changes have boosted traffic into their stores, according to various media reports. Visits to the sandwich shops increased .7% in July 2021 compared to pre-pandemic July 2019, according to the tracking firm Placer.ai.

The furor over Rapinoe adds fuel to the already-serious friction between the Subway franchise and its franchisees. In June franchisees pushed for lower royalty fees, more pandemic relief, and better communication with leadership.

Rapinoe apparently isn’t kryptonite for all brands, however. She has other endorsement deals, including Victoria’s Secret.

What food franchises does Shaquille O’Neal own? 4159