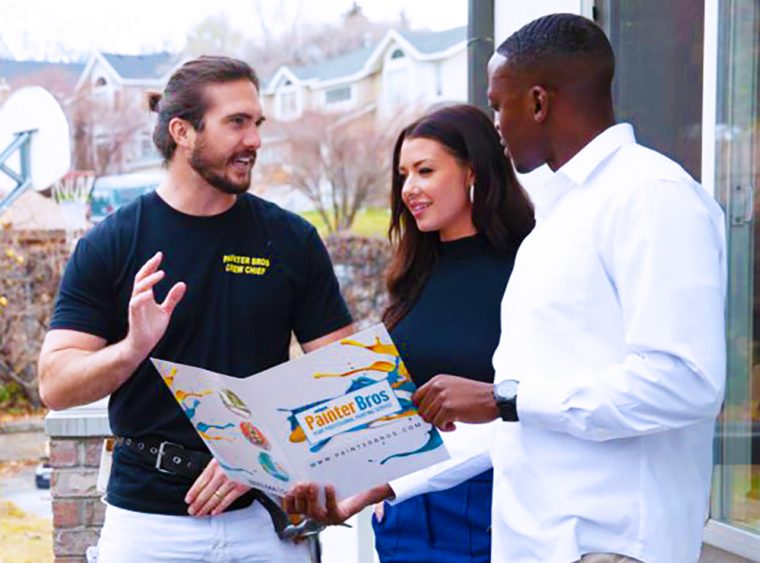 Zach Tanner’s story of financial independence started with a career-ending injury in his high school football days. His plans to be on a college football team were shattered in one play, but his competitive nature led him to launch and franchise Painter Bros, a painting franchise that he says is on track to lead the industry.

Without his Division-1 scholarship, Tanner decided to skip college and went straight to work at the age of 17 for a major painting franchise. It didn’t take long for him to see flaws in its system. “I knew I could do it better,” he says. So with $400 in his pocket, Tanner launched Painter Bros at the age of 19.

The company’s name may lead you to believe that Tanner went into business with his siblings, but he picked the name for a different reason. “Bros is more about our upbeat culture. We support each other and look out for one another… just as brothers do,” he says.

The “Painter” part of Painter Bros came about for practical reasons. “To get found easily in the search engines,” he says. Plus, the name was perfect for his budget. “The domain name was only $10 on GoDaddy.”

The Making of a Painting Franchise

Tanner turned his $400 investment into a viable business by continually reinvesting in it and taking a lean approach. Part of that was using a network of subcontractors rather than hiring employees.

Before franchising the painting business, Tanner refined its systems and invested in its infrastructure. “I wanted to build a turnkey business that franchise owners could walk right into,” he says. His strategy included building corporate partnerships with billion-dollar customers. “We have relationships with large corporations including Public Storage, Target and Home Depot. Franchise owners can walk right into those jobs — and they are big; many are $100,000 or more.

Tanner’s experience working for the painting franchise gave him the firsthand research that inspired Painter Bros efficient model. “We invested a lot of time and money into our software and it makes all the difference,” he says. “We can give accurate estimates right away and streamline the entire process.”

With a passion for growth and a be-the-best mindset, Tanner wants to build Painter Bros with like-minded investors. “When you shoot for the stars, anything is possible,” Tanner says. He seeks franchise partners who are motivated and believe in exceptional customer service.