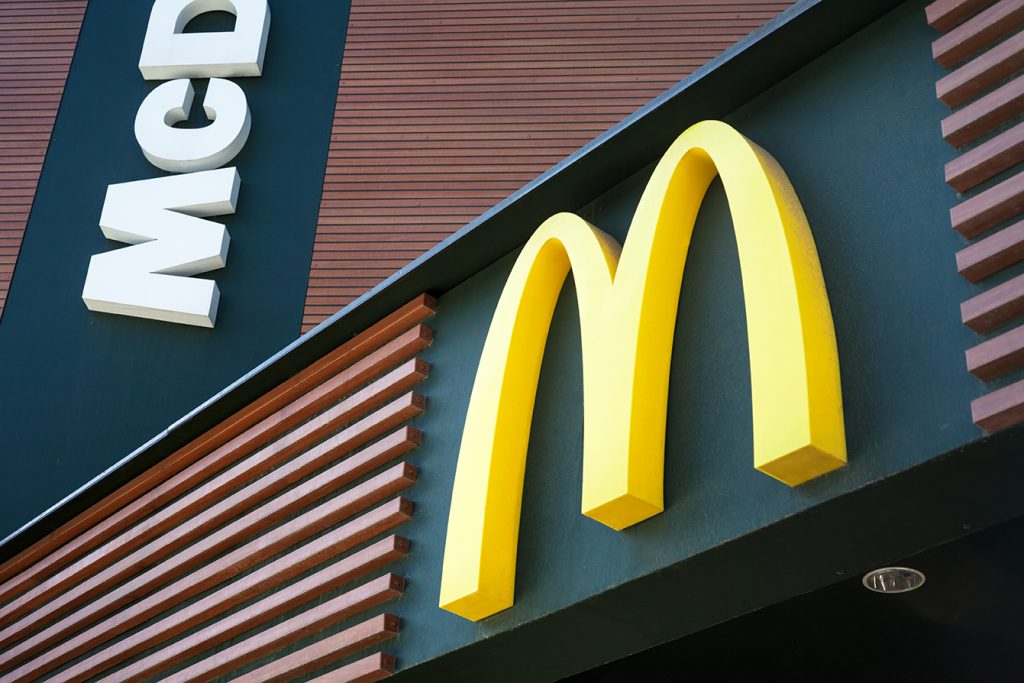 McDonald’s cooks and cashiers plan to walk off the job in at least 15 U.S. cities.

That meal may not be so happy at McDonald’s on May 19, when the mega-franchisor’s cooks and cashiers plan to walk off the job in at least 15 U.S. cities. Timed to occur one day before the company’s annual shareholder meeting, the strike is set in Charleston, S.C.; Chicago; Detroit; Flint, Mich.; Houston; Kansas City; Los Angeles; Miami; Milwaukee; Oakland; Orlando; Raleigh-Durham, N.C.; Sacramento; St. Louis; and Tampa. McDonald’s employees in other locations might join in, too.

An industry-wide restaurant industry labor shortage gives the workers leverage. Some brands — including several McDonald’s franchisees — are paying signing bonuses, incentive pay for interviewing for posted jobs and other prompts to get new employees in their doors, according to a report from QSRweb.com. One location in North Carolina has reportedly offered $500 bonuses to new hires, while a Florida franchisee has offered job candidates $50 just for showing up for an interview, EatThis.com reported.

During an earnings call last month, the labor shortage and pay was addressed, with McDonald’s CEO Chris Kempczinski and President Joseph Erlinger indicating that higher pay might be on the way to corporate-owned McDonald’s, Vice reported. “I think one of the things that we are thinking about … is in our company-owned restaurants, how do we think about what the pay and benefits package need to look like for us to make sure that we’re able to get the people that we need,” Kempczinski said. Back in January, Kempczinski told investors the $15 minimum wage for its workers shouldn’t dent profits, according to EatThis.com. “As long as it’s done in a staged way and in a way that is equitable for everybody, McDonald’s will do just fine with that,” he said.

McDonald’s has stated that it abides by the laws where the restaurant is located: “It’s the responsibility of federal and local government to set minimum wage, and we’re open to dialogue so that any changes meet the needs of thousands of hardworking restaurant employees and the 2,000 McDonald’s independent owner/operators who run small businesses,” a company statement said.

A McDonald’s manager believes McDonald’s should do better for its employees, however, telling Vice: “Our message to shareholders on May 19 is you don’t have to wait on legislation. You can pay us $15 an hour now. That should be the floor.”

Restaurant workers comprise a large segment of the Fight For $15 movement that seeks to raise the federal minimum wage to $15 an hour — more than twice today’s $7.25. President Joe Biden had campaigned for a national minimum wage of $15 an hour, and many cities and states have already made that amount their wage floor or they are in the process of doing so. For example, Florida voters last fall approved incremental hikes in minimum wage through 2026, when minimum pay would reach $15 an hour.

In addition to seeking the $15 minimum wage, McDonald’s striking workers will push the company to leave the International Franchise Association and National Restaurant Association, QSRweb reported. The workers contend that since 2019, those organizations channeled more than $3 million into lobbying senators and members of Congress against an increase in the federal minimum wage.

The employee discontent and strike are the latest in a long line of challenges for McDonald’s and other restaurants.

The pandemic heads the list, of course. Government leaders have mandated shutdowns, and worker illnesses have forced further shutdowns. More expensive cleaning procedures have been adopted, and personal protective equipment has been purchased and supplied to employees. Restaurants have scrambled to offer curbside pickup and outdoor dining (sometimes having to build and furnish patios) rather than serving indoor meals; they have invested in apps and online ordering to woo customers. And in a move toward preventing the spread of Covid-19 under U.S. Centers for Disease Control guidelines, restaurants gravitated toward pricier disposable products, including ketchup packets that are in extremely short supply.

Recent cultural and social developments have created angst for business owners, too. All companies are sensitive to how quickly a video post on social media can tarnish their image, whether it’s a corporate franchisor’s brand or just an individual location. Verbal or physical confrontations involving people of color or a pro- or anti-mask confrontation can severely ding foot traffic and profits. Knowing that front-line employees constitute the face of a company’s image for its customers (who could then snub the business for a misstep), business owners are investing in countermeasures. For instance, some 2 million McDonald’s employees at 39,000 stores around the globe will go through anti-harassment program, for instance.

Previous ArticleQdoba Hires Shawn Caric as VP of Franchise DevelopmentNext ArticleSupport and a proven system is what attracted this U.S. Army veteran to FASTSIGNS

What food franchises does Shaquille O’Neal own? 4572

Why is Chick-fil-A better than McDonald’s? 2893