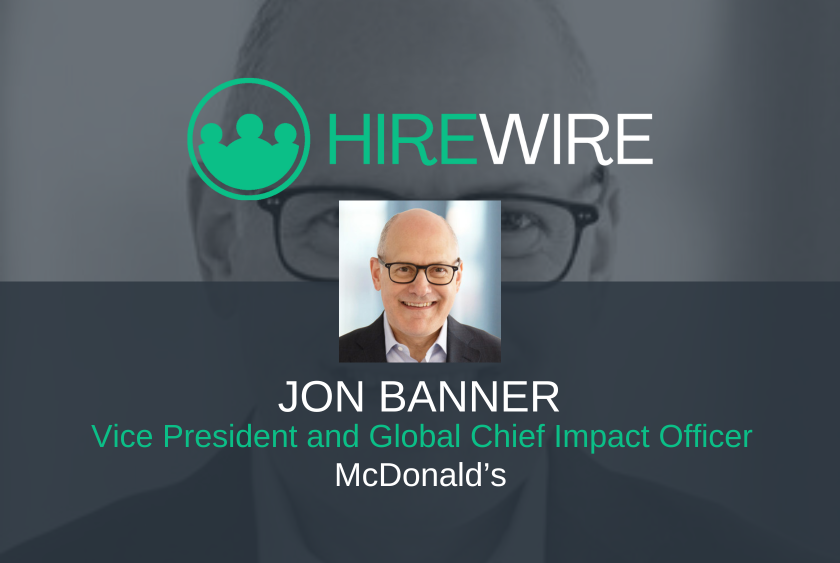 McDonald’s welcomed Jon Banner as vice president and Global Chief Impact Officer. With this new role, Banner is responsible for overseeing the fast-food franchisor’s sustainability and environmental initiatives as well as its social and corporate governance, government relations and public policy, communications and international corporate relations functions. Additionally, Banner will build on the momentum of Ronald McDonald House Charities. Banner joins the fast-food giant’s global leadership team after a decade with PepsiCo and will report to McDonald’s CEO Chris Kempczinski.

“In getting to know Jon, it was immediately clear that his passion for McDonald’s is matched only by his deep and abiding values, his people-first leadership style, his geopolitical acumen, and his vast network and expertise stewarding global brands in today’s dynamic operating environment,” said Kempczinsk in a statement. In Kempczinski’s view, Banner “brings extraordinary and wide-ranging experience in building connected, high-performing teams that are equally known for being inclusive and empowering, which makes him such a great fit for our system and for the impact function.”

While at PepsiCo, Banner served as executive vice president of communications and as president of the PepsiCo Foundation. He also worked closely with the company’s sustainability and government affairs teams. During his time there, Banner created PepsiCo Positive, an initiative that transformed the way the company creates growth with a people-centric mindset. He also reimagined the PepsiCo Foundation’s global strategy to advance a sustainable food system through investments and partnerships.

In addition to his experience in the foodservice industry, Banner is a veteran in the media as a producer. He spent a significant part of his career at Disney/ABC and was the executive producer of shows including “World News Tonight” and “This Week with George Stephanopoulos.” He won 16 Emmy Awards for his work. In his down time, Banner enjoys cooking, running, reading, and traveling. He has a B.A. in Communications and Media Studies from Boston University and enjoys spending time with his wife, Sara, and their two daughters, Sylvie and Leigh. When it comes to the McDonald’s menu, Banner’s favorite items are Chicken McNuggets and the Oreo McFlurry.