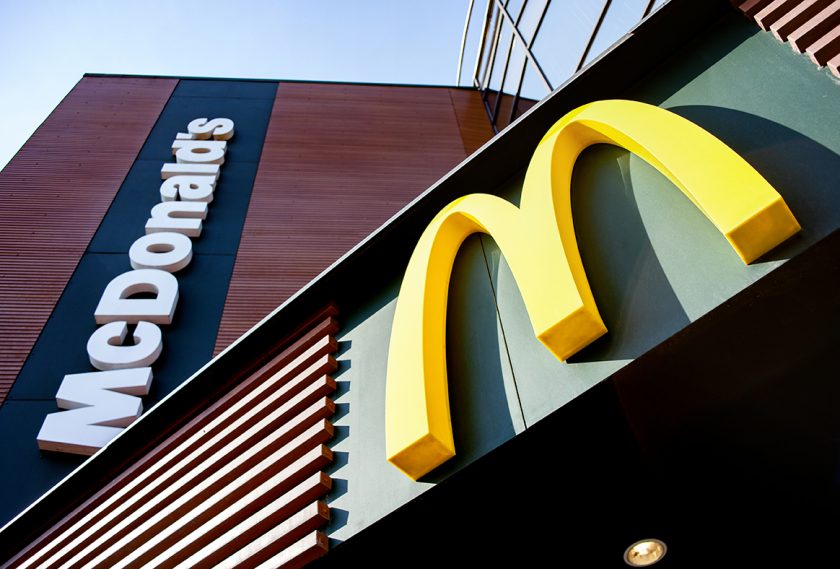 McDonald’s has been a big booster (pardon the pun) of vaccinations for Covid-19. For instance, some franchisees have offered financial incentives to employees and others have held vaccination clinics. And now, in advance of the federal mandate for workers at large companies being required to get the jab, the company is tracking down Covid-19 test kits for unvaccinated employees at its franchises, according to a report in restaurantbusinessonline.com.

President Joe Biden announced the mandate, which applies to companies with 100 or more workers, on Sept. 9. It was expected to take effect about 2½ months later, or about seven weeks from now.

The mandate’s rules have not been disclosed, and it’s possible that individual franchises will be exempt if they are treated as small businesses as they were under federal pandemic relief programs.  McDonald’s averages about 50 employees per location, with franchisees operating about seven locations apiece, according to restaurantbusinessonline.com. That creates a worrisome gray area for many franchisees.

If franchise employees are covered by the federal vaccine mandate, they would pile onto what might be a coast-to-coast rush for self-test kits because weekly testing of employees is an alternative to vaccination. So McDonald’s wants to make sure it’s in compliance and operating smoothly when the mandate takes effect.

Of course, franchisees see the value – huge value, really – of having employees fully vaccinated with the free shots. Test kits cost about $10 each, and franchisees must pay for them. If half of a typical restaurant’s employees are unvaccinated, that would mean a store would spend $250 a week for the tests.

Employees often remain unconvinced, however. One McDonald’s franchisee pays $100 bonuses to workers who get vaccinated but many still opt out, according to restaurantbusinessonline.com. There is one particularly revealing statistic behind who’s getting the vaccine and who isn’t: Only about half of the nation’s 18- to 24-year-olds are vaccinated. And no surprise: Many of McDonald’s workers are in that age bracket.

Finding the test kits and paying bonuses for vaccinations are just two of the many tactics in McDonald’s war on Covid-19, which has included rolling out initiatives steadily since last spring when the vaccines became widely available. Although most efforts have been directed toward employees, company leadership has emphasized the importance of safeguarding its customers as well as its employees via vaccination.

In mid-August, McDonald’s Corp. announced the requirement that its corporate employees be vaccinated before its offices reopen on Oct. 11, according to Bloomberg.com. Staffers must be fully vaccinated by Sept. 27 to build up immunity for the recommended 14 days before returning, the company said. Masks are required in company offices regardless of vaccination status.

The vaccination requirement also affects suppliers and contractors who visit corporate offices, but it doesn’t extend to restaurant workers. The company didn’t say what repercussions corporate workers would face if they remain unvaccinated.

And back in May, McDonald’s launched an education campaign about the vaccine. Its packaging included publicizing vaccines.gov to help customers easily find a clinic giving the shots.