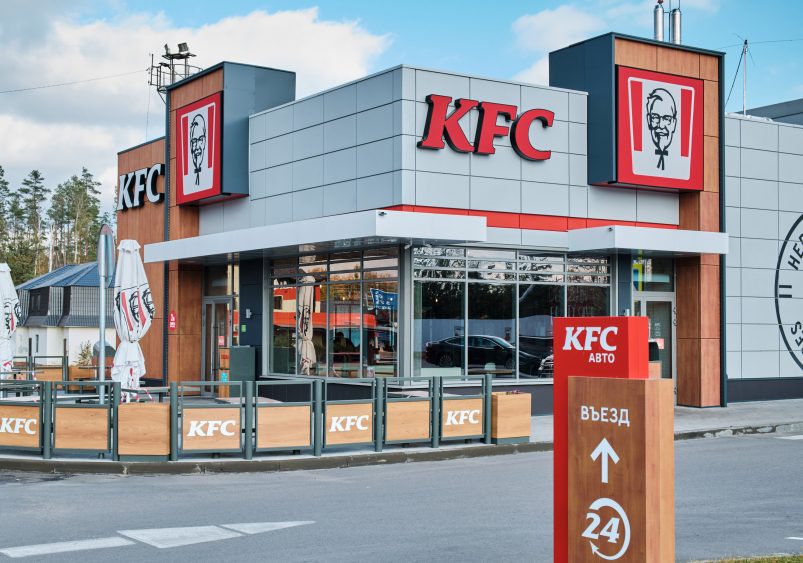 Papa John’s, Yum! Brands Inc. and McDonald’s are pulling back on Russian operations in response to the Russian war in Ukraine. Papa John’s issued a statement Wednesday that it will cease business operations in Russia — “all operational, marketing and business support to, and engagement with, the Russian market, where all restaurants are owned by independent franchisees.” It has 188 franchise restaurant sites, according to The Wall Street Journal.  Last year, franchise royalties from Papa John’s locations in Russia accounted for less than 1% of the company’s total revenue, The Journal reported.

Yum! Brands on Tuesday announced that it would shut down its 70 company-owned KFC restaurants in Russia in solidarity with other Western measures to maintain pressure on President Vladimir Putin, who orchestrated the unprovoked Russian invasion of Ukraine. Yum! Brands also is expected to halt Pizza Hut operations in Russia in partnership with its master franchisee, Reuters has reported.

Yum! Brands Inc. and McDonald’s are pulling back on Russian operations in response to the Russian war in Ukraine. Yum! Brands announced that it would shut down its 70 company-owned KFC restaurants in Russia in solidarity with other Western measures to maintain pressure on President Vladimir Putin, who orchestrated the unprovoked Russian invasion of Ukraine. Yum! Brands also is expected to halt Pizza Hut operations in Russia in partnership with its master franchisee, Reuters has reported.

The restaurant umbrella franchise corporation, which owns Taco Bell and The Habit Burger Grill in addition to Pizza Hut and KFC, has at least 1,000 KFC and 50 Pizza Hut locations in Russia, a large percentage of them independent franchisees, according to Reuters. Yum! announced on its website that it had “suspended all investment and restaurant development in Russia while we continue to assess additional options.” The company, which recently had been opening about 100 new KFC restaurants in Russia each year, does not have ultimate control over whether franchise locations shut down in solidarity or stay open.

The news from Yum! Brands came just hours after McDonald’s announced that it would temporarily close all 847 of its restaurants in Russia. Of the many companies pulling back from Russia, McDonald’s could take the worst hit to its bottom line. McDonald’s owns 84% of its Russian stores – the remainder are franchises. In Ukraine, McDonald’s has also temporarily closed its 108 restaurants there while continuing to pay employees at those sites. In a recent regulatory filing, McDonald’s said its restaurants in Russia and Ukraine contribute 9% of its annual revenue, or around $2 billion last year, according to the Associated Press.

“Our values mean we cannot ignore the needless human suffering unfolding in Ukraine,” McDonald’s President and CEO Chris Kempczinski said in an open letter to employees. The Chicago-based burger corporation said it will temporarily close 850 stores but continue paying its 62,000 employees in Russia “who have poured their heart and soul into our McDonald’s brand.”

McDonald’s said it has donated $5 million-plus to its employee assistance fund and relief aid. A Ronald McDonald House Charities mobile medical care unit is parked at the Polish border with Ukraine; another mobile care unit is currently headed to the border in Latvia, AP said.

“The situation is extraordinarily challenging for a global brand like ours, and there are many considerations,” Kempczinski wrote in the letter. McDonald’s works with hundreds of Russian suppliers, for example, and serves millions of customers each day. Kempczinski said it’s impossible to know when the company will be able to reopen its Russian stores.

The fast-food giants join several other Western-based companies, including Starbucks, Coca-Cola, PepsiCo and General Electric, in temporarily suspending or reducing operations back in Russia as part of sanctions against the nation and its authoritarian leader in response to the invasion of Ukraine.

Starbucks has 130 Russian coffee shops that are owned by Kuwait-based franchisee Alshaya Group, which will continue to pay its 2,000 Russian employees while stores are shuttered, Starbucks President and CEO Kevin Johnson wrote in a letter to employees. “Through this dynamic situation, we will continue to make decisions that are true to our mission and values and communicate with transparency,” Johnson said.

Besides stopping sales of its beverages in Russia, Pepsi will suspend capital investments and promotional activities. But the company said it will continue to produce milk, baby formula and baby food, partially to help its 20,000 Russian employees and the 40,000 Russian agricultural workers in its supply chain. “Now more than ever we must stay true to the humanitarian aspect of our business,” PepsiCo CEO Ramon Laguarta said in an email to employees. PepsiCo said it will contribute food, refrigerators and $4 million to relief organizations.

General Electric said in a Twitter post that it was largely halting operations in Russia. GE said two exceptions would be essential medical equipment and support for existing power services in Russia.

Burger King, owned by Restaurant Brands International, said Thursday that the company “has suspended all of its corporate support for the Russian market, including operations, marketing and supply chain,” according to a CNN report.  At least some of the approximately 800 Russia Burger Kings probably will remain open, however, because they’re franchised, with local ownership. Burger King said it will put profits from those continuing operations toward humanitarian aid for Ukrainian refugees. Many other megabrands have joined the cause, including:

After Russia invaded Ukraine, social media erupted with hashtags to boycott companies that continued business as usual in Russia, and McDonald’s was one of those that felt extreme heat from cyberspace. In his letter, Kempczinski invoked former McDonald’s Chairman and CEO Fred Turner, known for his catchphrase “Do the right thing.” In announcing the company’s pullback in Russia because of the war in Ukraine, Kempczinski said: “There are countless examples over the years of McDonald’s Corp. living up to Fred’s simple ideal. Today is one of those days.”