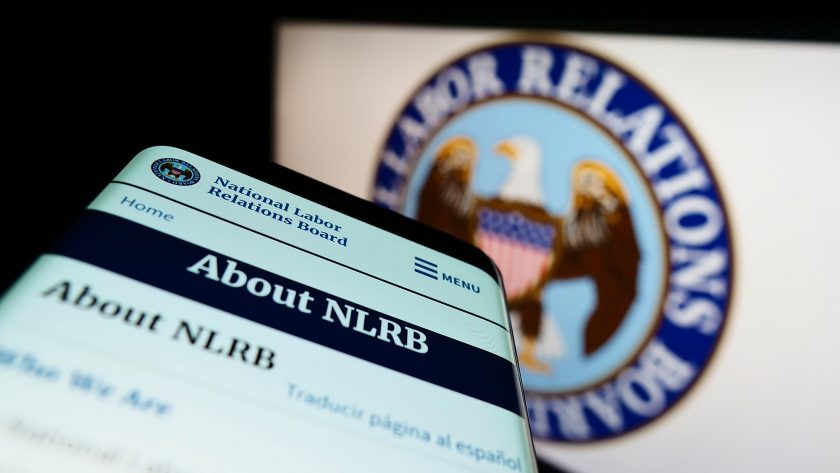 The International Franchise Association monitors joint-employer rules and lobbies strenuously against regulatory changes that expand the types of businesses that are covered by those rules. Recently the IFA has battled state and federal regulations – such as a National Labor Relations Board rule proposed Tuesday, Sept. 6 – that would make franchisors liable for actions by franchisees.

The IFA and its members, which include franchisees as well as franchisors, have been satisfied with a Trump-era rule set in April 2020 stating that a business is legally considered to be a joint employer if it has direct, immediate control over another business entity’s workers. “The IFA sees no reason to change the rule,” Michael Layman, IFA senior vice president for government relations and public affairs, told reporters Tuesday, Sept. 6, during a conference call.

But under the proposed rule change published earlier that day, two or more employers such as a franchisor and franchisee are considered joint employers if they “share or co-determine” rules and policies relating to terms and conditions of employment. As joint employers under this change, both business entities must bargain with unions representing jointly employed workers, and both are liable and punishable for unfair labor practices that either one commits. The rule change also dictates that both of the employers would be subject to union actions such as picketing if a labor disagreement erupts.

The NLRB proposal goes beyond the Trump era direct-control standard for joint employers, potentially adding two categories establishing franchisors as joint employers: 1) if the franchisor has indirect control of workers or 2) if the franchisor has what’s called “reserved control,” defined as a business entity that could potentially exercise authority, but may or may not opt to do so. Layman told reporters these new categories “set up an unpredictable framework for employers and small business to know what the rules are.”

In a nutshell, if the definition of joint employer expands under the new rule, franchisors would be on the hook for labor law infractions as though they are on-site managing the operation and allowing violations to manifest.

Layman said the proposed NLRB rule change passed “3-2 after a contentious vote,” and if it’s enacted, will be “harmful to the small-business community.” The IFA has long staked out the position that expanding the joint-employer standard will both undermine the franchise business model, in effect turning franchisees into middle managers rather than independent business owners, and also will dramatically raise litigation expenses for franchisors and franchisees. A similar Obama-era joint-employer standard, enacted by the NLRB’s 2015 ruling in the Browning-Ferris case, cost the franchise industry billions of dollars in litigation expenses over the next couple of years, Layman said.

He also stated that NLRB members Gwynne Wilcox and David Prouty, two of the three votes supporting the rule change notice published Sept. 6, are lawyers formerly employed by the Service Employees International Union (SEIU). Layman said several members of Congress had pressed Wilcox and Prouty to recuse themselves on joint-employer issues because of their ties to the SEIU, but they declined.

The NLRB can set federal labor policies through court-like decisions in individual cases it reviews (such as the Browning-Ferris case mentioned earlier) and through formal rule-making such as the newly proposed change. The board generally has favored regulating via case rulings because they require less time and tie up fewer resources, according to Bloomberglaw.com.

The tendency changed during the Trump administration, however. That GOP-controlled NLRB preferred rules changes, Bloomberg Law observed, taking the position that rule changes are more precise and more difficult to repeal than case decisions. The current Democrat-controlled NLRB appears to be leaning in the same direction with its joint-employer proposal in hopes that a future board dominated by GOP appointees will find it tough to reverse the rule.

Next Step for the Rule Change

The NPRM (Notice of Proposed Rule Making) published Sept. 6 by the NLRB is a significant first step toward replacing the April 2020 rule set under the GOP. Next up is a public comment period as required by law. Comments are allowed through Nov. 7, 2022, and comments in response to initial comments have a Nov. 21 deadline.

“You have to go through all these hoops, so it takes a while,” Anne Lofaso, a former board lawyer and labor law professor at West Virginia University, told Bloomberg Law. “They can’t just immediately overturn it.”

Staying true to its mission to protect franchising, IFA plans to bring 300 advocates to Capitol Hill later this month. In IFA’s statement about the proposed joint employer rule, the group plans to “ask lawmakers to consider the harm this expanded definition would bring to their businesses and those they serve.”