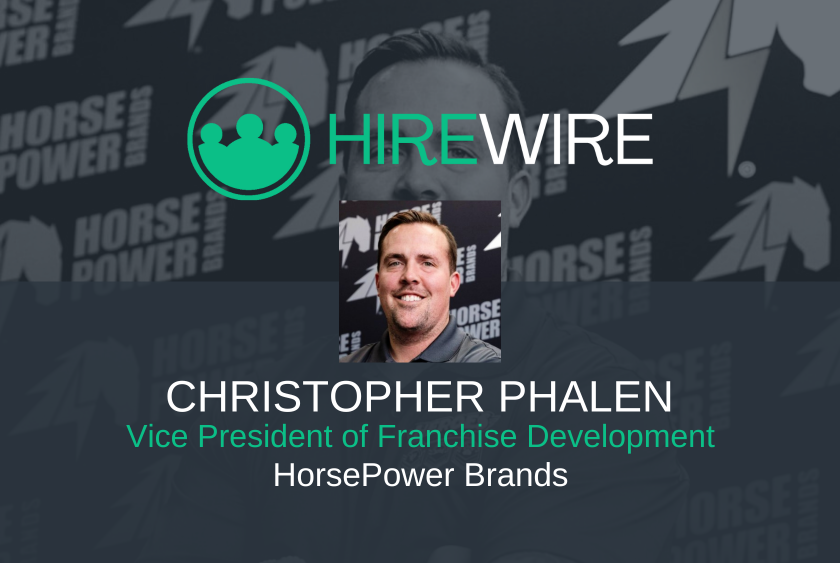 Phalen Will Oversee the Development of HorsePower’s Newest Emerging Brands

Phalen looks forward to training and developing “newer franchise development directors on how to be a great tour guide with their candidates and why they should join HorsePower Brands. I love to be a mentor more than an individual contributor.”

Phalen was originally attracted to HorsePower because it did something that was very impressive in his view: taking a brand from infancy or one owner and growing it to more than 100 territories in the first 12 months of development. “We have now created that repeatable process with four brands consistently, under Josh Skolnick and Zach Beutler’s leadership,” Phalen adds.

Additionally, Phalen was inspired by HorsePower’s vision of owning and operating 25 verticals under one umbrella. These would include 15 home service-based companies that will be franchised across the U.S. and 10 verticals that support those brands, he adds. “It is clear from our founders on down that something special is being built in Omaha, Neb., and I am blessed to be a part of the rocketship.”

Phalen did not come from franchising and had no prior industry experience before meeting Beutler and Skolnick. “I love this industry because people are my product just like everything I did in the past in the fitness industry and staffing. Franchising is a great platform to help people diversify and get to their why,” Phalen said. He was a club manager at a 24 Hour Fitness location and a senior business development manager at Cornerstone Staffing, Inc.

For entrepreneurs considering franchising their brands, Phalen urges them to know why they want to do it. “When you look at franchising, understand the value of the franchise system that is established and seek experts in all the fields you would need to have your brand excel.”

“To improve a brand’s development process, the more knowledge on the infrastructure that franchisors can provide up front the better,” says Phalen. “As a candidate, all the concepts you are shown work, which is why they are franchisable. Whoever gives you the best infrastructure to run a playbook and be as successful as possible will likely be the ideal choice.”