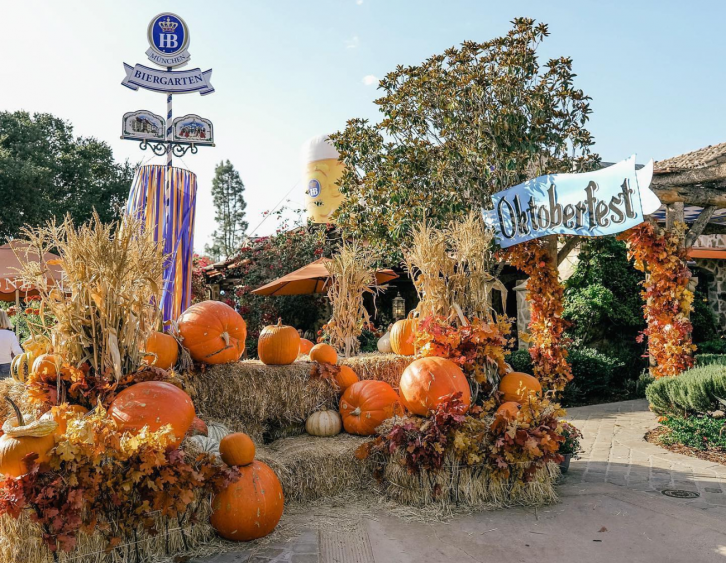 For Some Franchise Brands, Oktoberfest is Celebrated All Year Long

Fall may be synonymous with pumpkin spice and Halloween, but it’s also a time to celebrate Oktoberfest. From seasonal brews to great food and fun costumes, Oktoberfest has a little something for everyone. After a two-year pandemic-induced hiatus, American franchise restaurants and breweries welcome customers to Oktoberfest with special products and promotions. But what is the history behind Oktoberfest, and when did it start?

The history of the world’s largest beer festival goes back over two centuries to 1810 when Bavarian Crown Prince Louis (later King Louis I of Bavaria) married Princess Therese Von Sachsen-Hildburghausen. Munich citizens were invited to celebrate the marriage on public fields in front of the city gates.

According to History.com, the repetition of horse races and other festivities – like alcohol consumption – led to the annual celebration of Oktoberfest. Here are some franchisors that embrace the Oktoberfest spirit.

It is always Oktoberfest at the Hofbräuhaus of America franchise. The brewery franchise’s legacy of Oktoberfest in America goes back to 1997 in Frankenmuth, Mich., when Fred Schumacher, a local businessman and the franchise’s first president, took care of import agreements. Since then, Hofbräuhaus of America has brought the Hofbräuhaus Experience to Las Vegas, Cleveland, Ohio, and Keyport, Ky. The franchise’s seasonal Oktoberfestbier is available from July through October and is a full-bodied, bottom-fermented authentic German-style brew. To commemorate the beer festival, the franchise plays authentic German music and hosts stein-holding competitions where participants try to hold a full, large glass of beer the longest.

You can get your Oktoberfest fix at Bavarian Beerhouse all year round. The global restaurant and hospitality franchise sticks to its roots by having waitstaff in traditional clothing and serving German beers in huge steins. To help non-Bavarian speakers get in the Ocktoberfest spirit, Bavarian Beerhouse posted some helpful vocabulary words.

To celebrate Oktoberfest 2022, Auntie Anne’s announced its Oktoberfest-inspired lager called “Is Butter a Carb?” The pretzel franchisor teamed up with the Philadelphia-based Evil Genius Beer Company to create a beer with pretzels as an ingredient. The new creation comes at 5.5% alcohol by volume (ABV).

To celebrate Oktoberfest 2022, 7-Eleven rolled out its new Smokey Cheddar Sausage, a take on the German staple with a twist of cheese. This limited-edition Oktoberfest item can be enjoyed at participating 7‑Eleven, Speedway, and Stripes locations and can be topped with melted nacho cheese, mustard, onions and more.