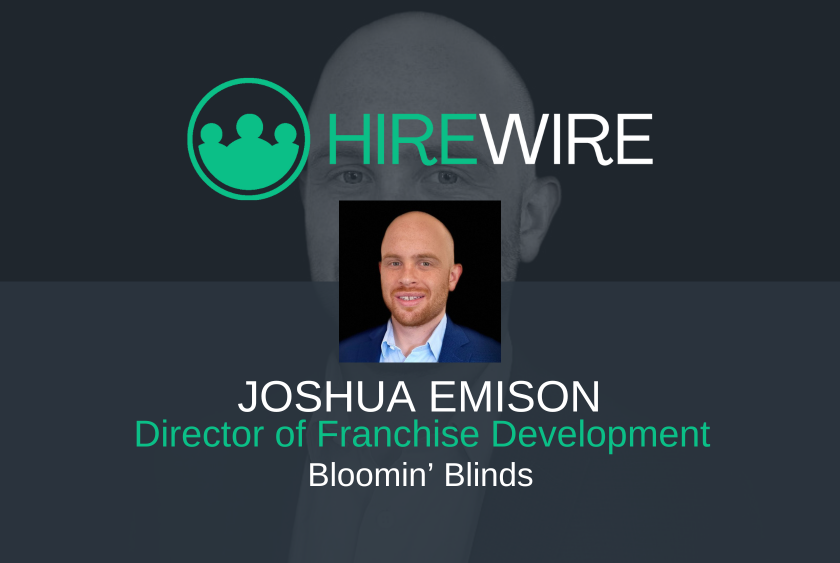 Emison will Work with Candidates Through the Discovery Process

Franchise FastLane, a leading franchise sales organization, announced Joshua Emison as the director of franchise development for Bloomin’ Blinds, a home services brand. With this new role, Emison will work with candidates through the discovery process. Other partners with Franchise FastLane include All Dry, The Brothers that Just Do Gutters, Five Star Bath Solutions, and Mosquito Shield.

“Working at FastLane is like being on a high-performance team again. We have all the systems and support squared away and push each other to do our best. On top of that, I love the brand they put me on – Bloomin’ Blinds is an awesome concept,” Emison said. He looks forward to getting to know candidates, assisting them through the discovery process and helping them determine if the home services franchise is the right opportunity.

Emison is a big fan of the Bloomin’ Blinds story. “It was started by a mom out of a garage in the early ’90s and was taken over by her three sons in the early 2000s. They have been running the business as an extension of the family and continue to do so. Not only that, but they have amazing tech, a great Item 19, and tons of support for their new franchisees.”

Franchise FastLane’s leadership team believes that Emison is the right person for the job. “I couldn’t be more excited to announce Josh Emison as the very first director of franchise development here on ‘Team Pink.’ I have built a strong relationship with the Bloomin’ Blinds corporate team the past eight months and took this hire very seriously. Josh is competitive, smart, disciplined, and great at connecting with a wide variety of personalities. I have great expectations for his success and can’t wait to watch him quickly become a rising star here at Franchise FastLane,” said Tom Ryan Jr., vice president of franchise development at Franchise FastLane.

Emison believes that Franchise Fastlane raises the bar when it comes to franchisor expectations. “They have a strict vetting process for franchisors. This ensures they are representing brands that can sustain fast growth and create the best opportunity possible for franchisee success. This is proven by the high number of FastLane employees who own the franchises they represent.”

Emison is a Marine Corps veteran and has regularly helped fellow veterans explore franchise ownership. He is excited to work with consultants to help their candidates learn about franchising with Bloomin’ Blinds.

To Emison, franchising and a military career are very similar. “They both give leaders control over their day-to-day actions as long as they are following the standard operating procedures; they both have a hierarchy that will support you if you need help; and they are both people-first organizations.”

Emison recommends starting a franchise to any veteran who wants to get into business ownership. “Franchise seekers need to make sure they are doing their homework, using a quality franchise consultant, and ensuring they are well funded.” Veterans have many resources available to them, including the International Franchise Association’s VetFran Program and the U.S. Small Business Administration’s Boots to Business initiative.

Emison also believes that although veterans are a great fit for franchising, they are not all the same. “Franchisors should get to know veterans as individuals, which helps to see if the brand is the right fit,” he adds.

Emison is an athlete and avid surfer who has competed in Ironman triathlons and martial arts competitions all over the world. He grew up playing soccer, tennis, and played football at the varsity level in high school.