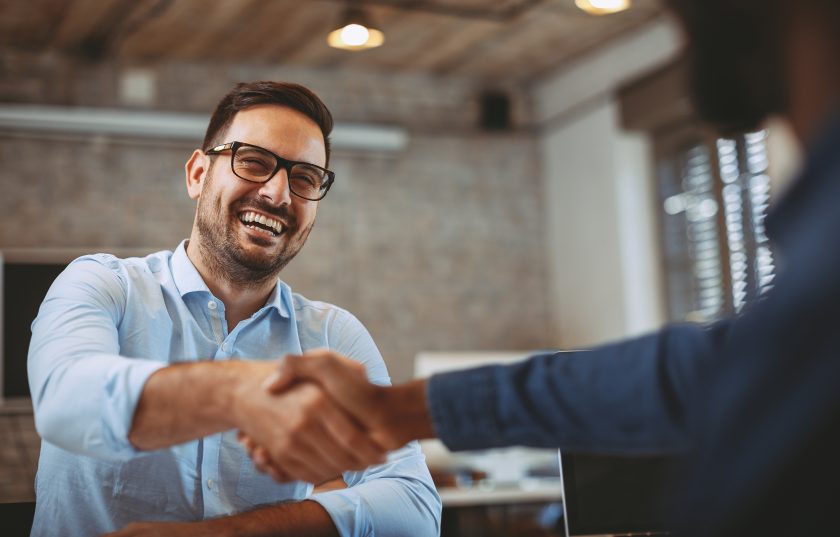 Many franchise sales pros and executives have been closely studying the impact of the pandemic on prospective franchisees and are realizing that there has been a seismic shift in how buyers are relying more on referrals from trusted sources than ever before.

In the most recent Franchise Sales Index report published by FranConnect consisting of aggregated and anonymized data from over 600 franchise brands over the entirety of 2020, we found a silver lining: Even in the midst of the pandemic, tens of thousands of those new franchise leads are seeking stability in the new abnormal and they are turning to brokers and referrals.

We witnessed a total of 506,000-plus leads generated in the first three quarters, and an impressive 5,448 sales with early signs of recovery returning in the most recent quarter. Our data reinforces the idea that these prospective buyers are looking beyond the pandemic for their best opportunity.

The top sources of deals in Q3 2020 were from two forms of referral sources: 1. Franchise Referral Consultants (aka brokers), and 2. organic referral (family, friends, associates, and customers).

Research has shown that referral marketing, when done well, can typically result in a 10 percent to 30 percent increase in sales. Nielsen’s Global Trust in Advertising survey highlighted a notable growing trend: Consumer trust in traditional advertising channels has markedly decreased, while personal recommendations among customers is far and away the most trusted advertising format. Personal recommendations didn’t just edge out all other options, they dominated with an 81 percent vote of confidence, compared with consumer online opinions, which trailed at 58 percent.

From Leads to Deals 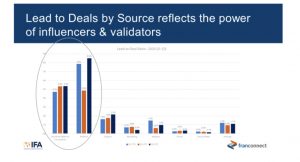 The FranConnect Franchise Sales Index report for the first half of 2020 showed that the greatest source of leads that became deals came from Franchise Referral Consultants (brokers). IFPG ranked highest in conversion rates.

Our data results show that Franchise Referral Consultants, consisting of perennial leaders such as IFPG, were the only lead and sales generation channel that consistently delivered results that were greater than the pre-COVID-19 results seen in the first quarter of 2020. These results are two times greater than Franchise Portals during this time frame despite portals generating infinitely more raw leads. In fact, IFPG performed at extraordinary levels in categories such as Commercial & Residential Services in the 3rd quarter with a lead to deal conversion rate of 6.5 percent. All of the Franchise Referral Consultants averaged a conversion rate in all industries of over 5 percent vs. 1.1 percent for all channels.

This is clearly the greatest time in modern franchise history to utilize the services of Franchise Referral Consultants, especially when you consider that the average lead-to-deal ratio of brokers equates to approximately 20 leads to make one sale. That’s impressive when you consider that the current lead-to-deal ratio of all combined sources translates to 110 leads to make just one sale. 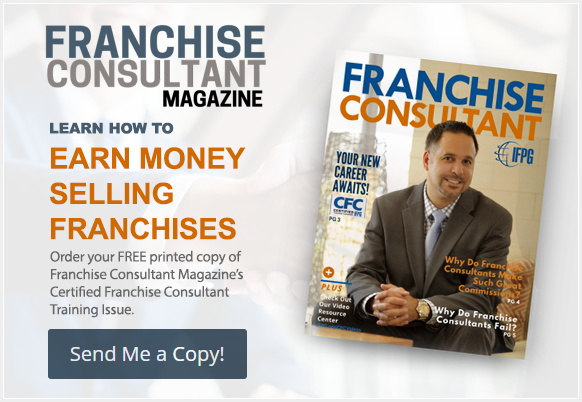 Keith Gerson
Keith Gerson is President of Franchise Operations at FranConnect, a recognized leader in franchise management software. For the past decade, he has worked closely with executive boards and leadership teams that are part of the company’s portfolio of more than 800 brands and 150,000 locations, with a focus on helping franchisors achieve their desired goals in sales, operations, and marketing.