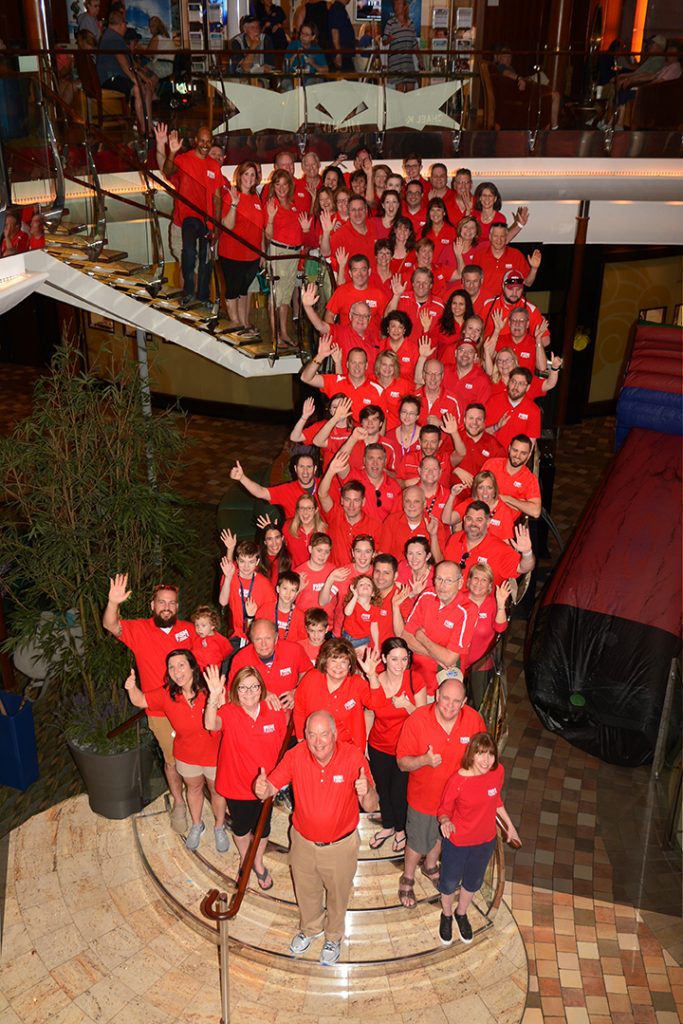 With an Inclusive Culture, the FISH Franchise System Has Grown Into a Large, Extended Family

Talk to any FISH franchisee or member of their corporate team and you’ll notice they have something in common: they are all extremely warm, welcoming, and friendly. “It’s no accident,” says John English, Fish Window Cleaning’s Director of Franchise Development (below center, with sunglasses on shirt).

English says that FISH attracts a certain type of person. He calls them achievers/belongers — people who want success but want to be part of something bigger. He says the reason everyone is so nice at FISH is a result of the way they are treated. “At FISH, you are treated like family whether you are an employee or a franchisee,” says English. And he should know — he happens to be both. Originally hired by FISH corporate in 2003, English loved the brand so much that he invested in his own location in 2016. And he’s not alone. FISH President Randy Cross has been a Fish Window Cleaning franchisee since 2003, then later joined the corporate team. “We know a good thing when we see it,” English says.

The large group photo at top illustrates his point. To celebrate FISH’s 40th year in business (and 20th year franchising), the corporate team and a group of franchise owners took a week-long cruise together.

English says that the brand’s founders, Mike and Linda Merrick, invited everyone in the FISH system and their families to come. “The inclusive, family-like culture that the Merricks created has made FISH a great success,” English says.

“Whether a franchisee has something to celebrate or is facing a crisis, we rally together.”

Another case in point is the four vacation homes the Merricks share with team members and franchisees. “When someone hits a milestone, they are awarded with a week-long stay. There is a house in Orlando, right at the gates of Disney; a ski house in Copper Mountain, Colorado; a beach-front condo in New Smyrna Beach, Florida, just south of Daytona, and a fourth home in Scottsdale, Arizona.

FISH attracts everyone, from folks looking to get out of the rat race, like executives, lawyers and accountants, to stay-at-home moms and teachers. The diverse group of franchise owners all have one thing in common: they are all self-starters who wanted a business that met their lifestyle goals. They found what they were looking for at FISH along with a ton of support. “We have an open support model,” English says. Franchisees can feel free to call anyone on the corporate team for help. “Every staff member is part of the training team. We found that franchisees who are the most connected are the most successful. Our staff is personally invested in helping franchisees succeed,” English says. Through Covid, extra steps were put in place to help franchisees. Instead of laying people off, the Merricks brought in additional staff for support. And now with employee shortages everywhere, FISH has a specialist to help franchisees recruit and retain staff.

Because of their protected territories, FISH franchisees never compete and are more inclined to help each other. “The Merricks fostered a culture that has brought people together. Whether a franchisee has something to celebrate or is facing a crisis, we rally together,” English says, “just like a family.”

What Food Franchises Does Shaquille O’Neal Own? 40028