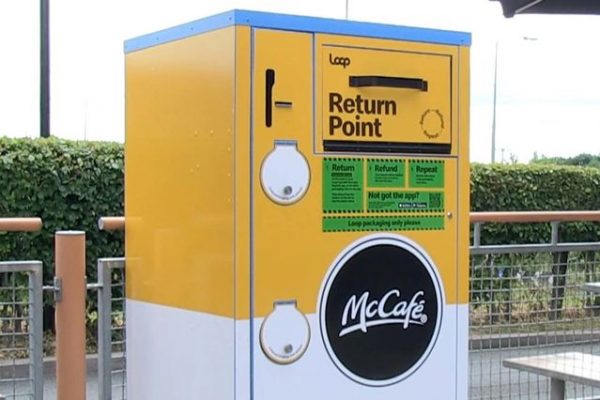 In yet another effort to reduce waste headed for landfills, three fast-food franchise giants are giving reusable packaging a whirl. McDonald’s Corp., Burger King and Canada’s Tim Hortons will test the initiative with Loop, a TerraCycle Inc. program that will gather, clean and then redistribute the items, according to a recent Wall Street Journal report. Their pilot efforts will begin this year. TerraCycle launched the Loop program in 2019 and partnered with large, iconic brands including Proctor and Gamble and Nestlé as founding investors.

Participating Burger King locations in New York City and Tokyo will serve burgers in reusable sandwich boxes and beverages in reusable cups. Customers will pay a refundable deposit for the packaging. To get their money back, they’ll scan the container in the Loop app and take it back to a collection point (Burger King and other sites), The Journal said. Tim Hortons will roll out similar reusable containers in Toronto. The amount of the deposit has not been disclosed.

McDonald’s was the first to give the idea a shot. In July, it began offering reusable coffee cups to customers in the United Kingdom’s Midlands region, The Journal reported. “We’re halfway through the trial, and we’ve had some really positive comments from customers,” Beth Hart, vice president overseeing supply chain and brand trust at McDonald’s U.K. and Ireland, told The Journal. The coffee cup deposit is equivalent to less than $1.50 U.S.

A TerraCycle spokesman pointed out that there are advantages to opting for the reusable cup, which is heftier than disposable ones. It insulates the drink and the lid doesn’t pop off if you press on the side of the cup, The Journal said. He added that Burger King’s sandwich box also makes it easy to save leftovers in a tidy way. The reusable containers are just a small part of fast-food franchises’ agendas as they work to be environmentally responsible global citizens. Many are recycling, composting, reducing construction waste and replacing one-time-use plastic items in efforts to combat global warming and climate change.