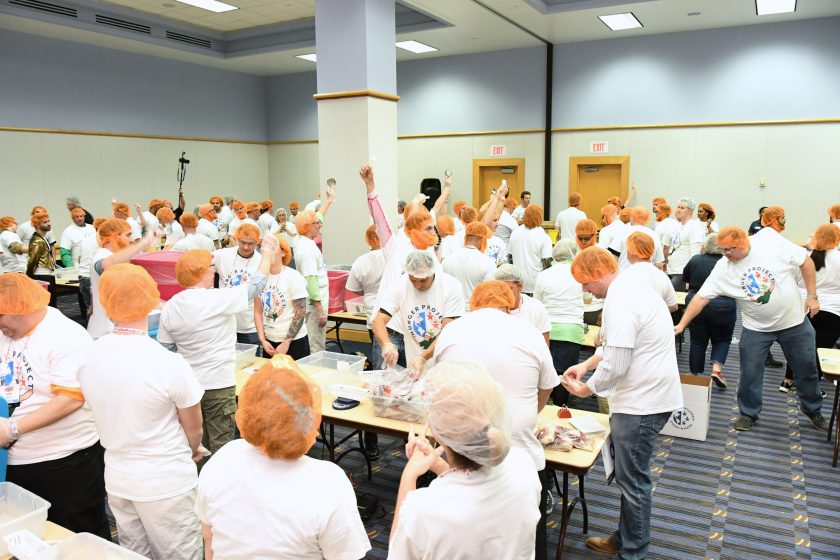 Despite the pandemic, 2020 was a record year for College Hunks. The franchisor expanded with 40 new franchisees. So what do candidates see in this moving-and-hauling brand? For one thing, just like many home-services franchises, the business is recession-proof. In fact, College Hunks started franchising in 2008 — a year of economic downturn. But it’s more than a great business model that attracts so many people to College Hunks; it’s culture.

Even though it has received multiple prestigious accolades — including a ranking as the No. 1 franchise opportunity in its category by Entrepreneur Magazine’s Franchise 500 — the College Hunks team cherishes one recognition the most. “The award that we’re most proud of is the Top Franchise Culture Award fromFranchise Business Review,” says Dana Hansen, director of franchise development. Hansen says the company’s mission statement and core values   create a world-class culture that has attracted purpose-driven individuals. Hansen says that culture, in turn, has helped franchise owners attract like-minded employees who are committed to customer service.

Founders Omar Soliman and Nick Friedman started the brand with a simple premise that’s spelled out in their name. HUNKS is an acronym for Honest. Uniformed. Nice. Knowledgeable. Service.

As the company has grown to more than 156 franchise owners, College HUNKS has created a community of franchisees who do more than just make a living — they also make a difference.

The business model is based on excellent customer service. Rather than the seedy, unreliable service often found with movers, College HUNKS’ employees come in uniforms, are on time and are courteous.

The excellent service starts with a top-notch call center. College Hunks doesn’t outsource this important role to other countries. The company prides itself in providing a “white glove” service from the moment a customer reaches out, until the job is finished. HUNKS’ booming  Sales and Loyalty Center booked more than 330,000 jobs last year for their 140 open locations.

College HUNKS has a fun, engaging culture that grabs attention. The bright-colored trucks serve as billboards on wheels. It’s not unusual for customers to take selfies with the College Hunks’ trucks and post them on social media.

College HUNKS not only makes an impact by helping people with stress-free moving and decluttering services, but also with its strong commitment to  community service.

One of the company’s biggest initiatives is a charity called “Feeding Children Everywhere.” College HUNKS donates two meals for each job. Since the  program started two years ago, the company has already donated more than two million meals to children.

With a hyperfocus on franchisee satisfaction, the company reaches out each quarter and asks franchise partners to rate them from 1-10 in several different areas, including support, marketing, and overall leadership. Overall for the month of April 2021, that score was 8.76.

College HUNKS is looking for candidates who are fun-loving, purpose-driven, and take pride in whatever they do. The most successful franchisees have management, sales, coaching, or marketing backgrounds; are former business owners; or are military veterans.