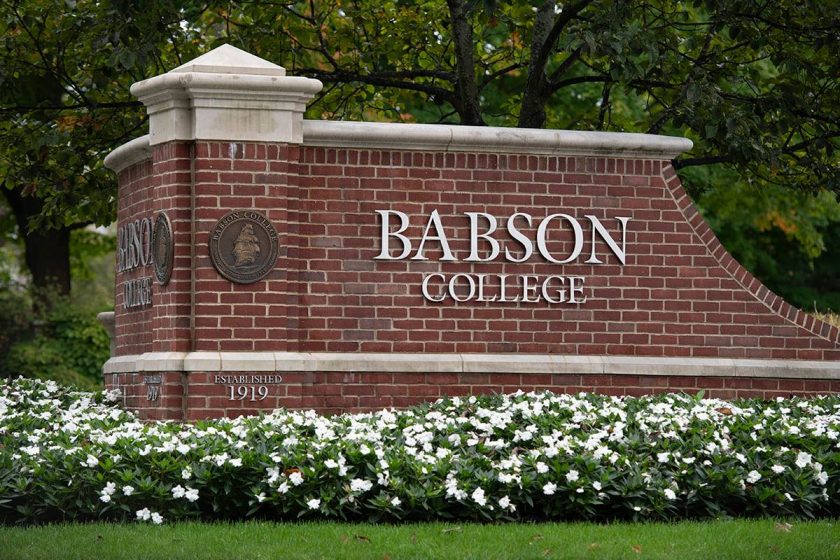 Gift from Edible® founder leads to franchise institute in Massachusetts

Babson College, a private business school in Wellesley, Mass., has founded the Tariq Farid Franchise Institute to educate and empower future franchisees and franchisors. A gift from Tariq Farid, founder and CEO of Edible, and his family, led to the creation of the institute. His daughter, Somia Farid Silber, a 2015 Babson graduate, is vice president of e-commerce at Edible Brands.

International Franchise Association President and CEO Matt Haller said the new institute “continues a growing trend of America’s leading franchise brands investing in academic institutions to raise the awareness of the franchise business model as a pathway for career growth and as an opportunity for small business ownership. Franchising is a tremendous vehicle for business growth and wealth creation, particularly for traditionally underrepresented communities.” He added that the IFA and IFA Foundation will support the institute by having its franchising experts assist with curriculum development.

The Tariq Farid Franchise Institute, which will be part of Babson’s Arthur M. Blank School for Entrepreneurial Leadership, will serve as a cross-disciplinary program with these components:

● Advisory council — This group will be composed of Babson alumni and industry leaders who will aid in organizing the institute.

● Case studies — As a key institute focus, students will study real-world franchises at different stages of development to learn best practices from start-up to scaling, with learning to encompass legal, economic and social aspects of franchising.

● Experiential learning — Students will put classroom lessons to work in the business world as a way to further their understanding of franchising as a system of distribution and business expansion.

● Research — Multidisciplinary faculty research will delve into all facets of franchising and its effects. Results of this research will be used to improve the curriculum at Babson and spawn innovation.

● Scope and delivery of instruction — The Farid Institute will integrate new undergraduate, graduate and certificate-level courses, some of them in-person and others virtual, to make learning flexible in accordance with students’ needs.

Donna Levin, CEO of The Arthur M. Blank School for Entrepreneurial Leadership at Babson College, points out that although few schools have programs that specialize in franchise education, “franchising accounts for more than $674 billion of business conducted in the U.S. each year.” The institute will establish Babson as a top educational resource for franchisor and franchisee success, she said.

Farid is a huge franchising success story all his own. An immigrant from Pakistan, Tariq sees franchising as a means to achieve the American Dream and create family legacies through business ownership, just as he has done.

“Franchising spans entrepreneurship, finance, and family business and requires expertise in marketing, retail, supply chain, and more, highlighting the need for an educational hub to nurture the next generation of franchisees and franchisors,” said Farid, who was inducted into the IFA Hall of Fame in 2018. “As the proud parent of a Babson graduate, I recognize the college’s unique ability to transform students into entrepreneurial leaders in all kinds of businesses, including franchises, which makes it the ideal place to create a program dedicated to franchising.”

Farid’s history of entrepreneurship began at age 17 when he opened a flower shop. Then in 1999, he started Edible Arrangements, which was recently rebranded as Edible. The company has expanded from its signature fresh fruit arrangements to include baked goods, savory snacks and more. Edible now has more than 1,000 locations internationally; the company was ranked on Entrepreneur magazine’s Franchise 500 list and within its Top 40 of Fastest Growing Franchises, and Edible has made the Inc. 5000 list of the fastest-growing privately held companies.

Babson President Steve Spinelli Jr. is also a huge fan of franchising. He was a co-founder of Jiffy Lube International. Currently serving on the board of directors for the Planet Fitness gym franchise, Spinelli wrote his doctoral dissertation on complex economic relationships using franchising as a focus.