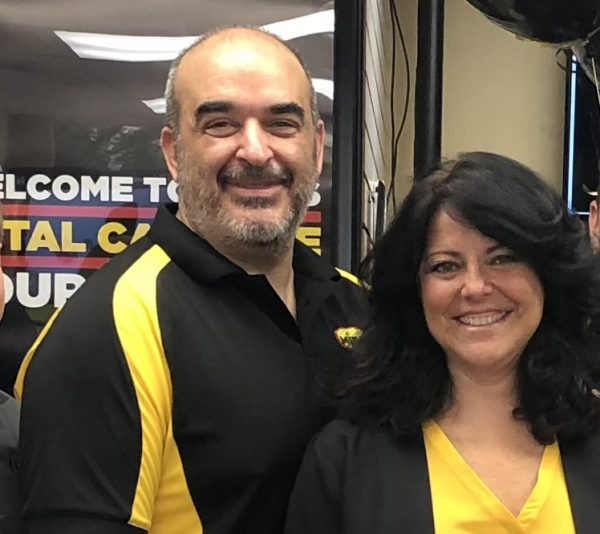 After a career in sales and marketing, Ann Saiz (above, right) never thought she would be running four automotive shops, but that’s exactly what happened. In semi-retirement, she and her husband Anselmo (above, left) looked at many opportunities, but Midas franchise ownership stood out for many reasons.

Not only were Ann and Anselmo impressed with the value proposition and potential, but they were also taken by the leadership team. Ultimately, the couple chose Midas for the people and corporate culture. Ann describes Midas as entrepreneurial and corporate at the same time. “I could see they had great systems in place for support and growth, she says. They are clearly driven by franchisee success.” The couple signed a three-pack agreement in South Florida and got moving.

I can just pick up the phone and call another franchisee for help. It’s a very collaborative environment.

Although they never planned on a fourth location, the duo seized an opportunity to acquire and convert an existing auto shop during the construction phase of their first location. “We were literally negotiating a fourth location before we even opened our first,” Ann says. “It was a great move.” They opened their first location in January 2019 and are now in the process of opening the fourth. They couldn’t be happier with the decision.

Ann says her sales and marketing background has helped her as a business owner. She mainly takes care of human resources, back-office tasks, and setting goals. Anselmo has taken the lead on construction, equipment and negotiating with vendors. As an employer, Ann’s and Anselmo’s goal is to create a team atmosphere across all four stores. “Everyone has a voice on our team,” Ann says.

The couple’s biggest challenge so far has been staffing their growing businesses. They now have four store managers, plus a regional manager to take care of the day-to-day operations. There are approximately six to seven employees working at each location.

Ann and Anselmo have been pleasantly surprised with the collaborative relationship Midas franchisees share. The company provides many opportunities to bring franchisees together to share best practices and develop lasting relationships. “I can just pick up the phone and call another owner for help. It’s like a family,” Ann says. “There is no competition between franchisees. Rather, there is a ‘what’s good for one is good for all’ mindset. We are really excited for our future with Midas,” Ann says.

Midas is an iconic brand. “Trust the Midas Touch” is an iconic slogan. Using them, the company deploys high-quality branding that features strong messages and a consistent look and feel that carries across to TV advertising, mailers and fliers, in-store displays, website, and social media.

By tying everything together into an integrated strategy, Midas franchise owners take advantage of award-winning multichannel marketing. Here are some more reasons to show this brand:

What Food Franchises Does Shaquille O’Neal Own? 34848