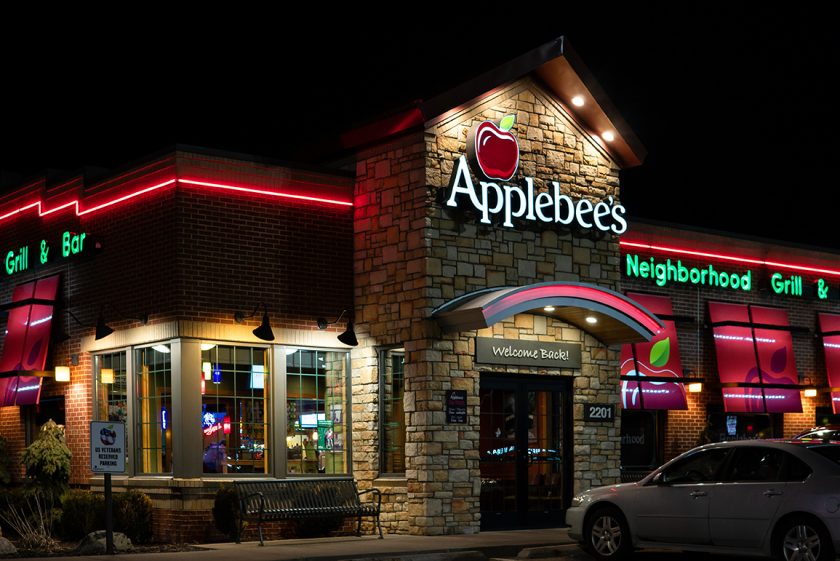 News of bad behavior spreads exponentially on the internet, and an Applebee’s franchise executive has learned that lesson the hard way. In his recently leaked email, Wayne Pankratz hailed high gasoline prices as a catalyst that would force workers to accept jobs with low pay – plus some other remarkably crass, tone-deaf, morale-trashing, culture-destroying and, of course, widely reported comments. Fallout from the March 9 email swiftly led to consumers’ fury, restaurant managers’ resignations, and Pankratz’s own hasty departure from the ranks of the employed.

Media reports have differed slightly on Pankratz’s position with Applebee’s franchises. Some say he worked for Apple Central, owned by American Franchise Capital, as executive director of operations; others have cited the same title but reported he worked directly for American Franchise Capital, which owns dozens of Midwestern and East Coast Applebee’s and Taco Bell franchises. His LinkedIn profile apparently has been deleted.

The leaked email had blurred out Pankratz’s surname, but social media platforms were able to identify him.  The email seemed to target an Applebee’s in Lawrence, Kansas, according to BusinessInsider.com.

Posted by Reddit on March 26, the emailed memo jubilantly speculated that “the labor market is about to turn in our favor” because of rising inflation and pain at the gas pump. “Most of our employee base and potential employee base live paycheck to paycheck,” he said, and “any increase in gas prices cuts into their disposable income. As inflation continues to climb and gas prices continue to go up, that means more hours employees will need to work to maintain their current standard of living.” The result, Pankratz predicted, is “hiring employees in at a lower wage to decrease our labor [costs].”

And if those pontifications weren’t enough, Pankratz’s memo further counseled restaurant managers to “make sure you have a pulse on the morale of your employees” and said many workers “will need to work more hours or get a second job.” In more or less a postscript, he said to “be conscious of that” and create schedules early so the workers can arrange their second jobs around their Applebee’s work.

Applebee’s workers earn an average of $11.76 per hour, according to Payscale, wages that severely lag government figures of $17.22 an hour on average ponied up to employees in the leisure and hospitality sector in February. Wages in this jobs category have increased 14% from a year earlier.

One Twitter user was appalled by Pankratz’s memo, writing, “So, they acknowledge that they are not paying their employees a livable wage and their solution is … get schedules done earlier so their employees can plan their second job around them? What a joke.” Another chimed in, “I think @Applebees doesn’t need my money anymore. Employees aren’t pawns that you can use to get cheap labor during hard times. I’ll spend my money elsewhere.”

Employees expressed displeasure by quitting, with precise accounts differing. Three of six managers at a Lawrence Applebee’s resigned, according to the Lawrence (Kansas) Journal-World. Vice.com said four of six managers and at least 10 other workers at that establishment have left. “I was just stunned and disgusted,” Jake Holcomb, one of the Lawrence managers who quit over the memo, told the Lawrence newspaper. Another former manager, Jenna Willis, was quoted by Vice as saying, “How can we continue to work for a company that doesn’t care about us?” One of the managers reportedly had printed the leaked email and circulated it among restaurant employees even before it was leaked to Reddit.

Cue damage control from Applebee’s HQ. “This is the opinion of an individual, not Applebee’s. The individual has been terminated by the franchisee who owns and operates the restaurants in this market,” Applebee’s Chief Operations Officer Kevin Carroll said in a statement.  “Our team members are the lifeblood of our restaurants, and our franchisees are always looking to reward and incentivize team members, new and current, to remain within the Applebee’s family.”

Scott Fischer, director of communications for Apple Central, told Journal-World that Pankratz’s comments  were “embarrassing” and that “we are still scratching our head about what this gentleman was thinking.” Applebee’s corporate owner is Dine Brands Global of Glendale, Calif., which also is the founder of the IHOP chain. The 1,700-plus Applebee’s franchises in the U.S. generated about $3 billion in total sales in 2020, according to Restaurant Business magazine. Applebee’s owns only 69 of its restaurants.