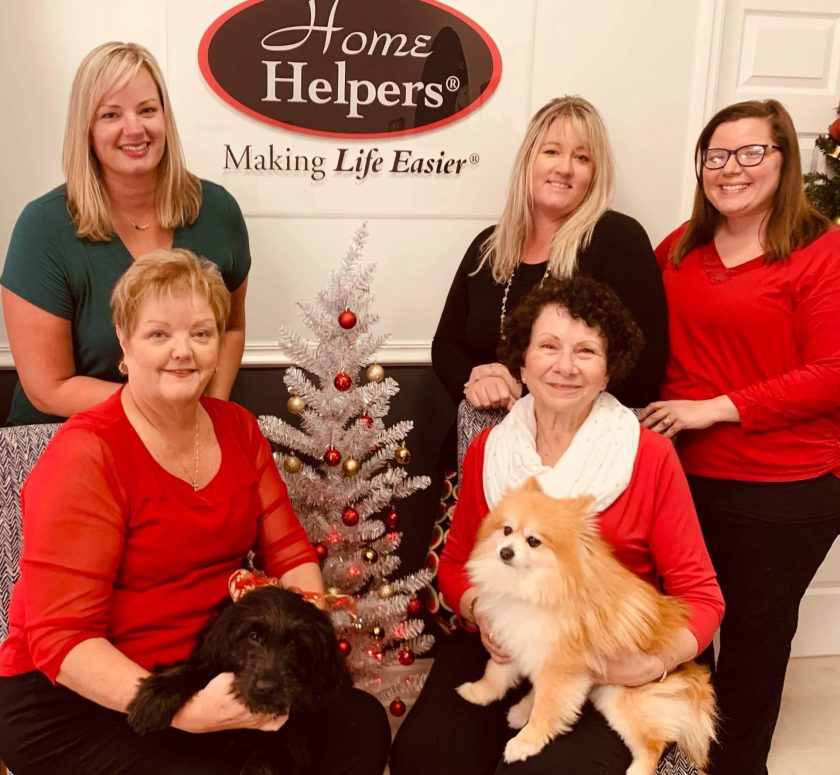 Franchising is a Viable Path for Corporate Professionals

After 22 years in the banking industry, Debbie Humphrey (holding dark brown dog) became disillusioned with her work and started her journey into franchise ownership. At the beginning of her career, she felt fulfilled from helping customers. But as the years went by, her company’s culture became more sales focused and less customer oriented. “I didn’t feel like I was making a difference anymore,” says Humphrey. “A lot of our elderly customers needed extra attention, but the company didn’t allocate the time to properly help them. It became really frustrating,” she says. So Humphrey took early retirement and decided to look at franchise ownership. “Starting a business from scratch was not appealing, but I wanted something to call my own,” she says.

Since Humphrey gravitated to helping seniors, it didn’t take long for her to see that a senior care franchise would be a great fit. When it came to narrowing down the brands, Home Helpers Home Care franchise stood out for its proven success and training. “After my visit to the corporate offices in Ohio, I knew I was going to choose Home Helpers,” she says.

Although Humphrey was in her early 50s when she opened the franchise in January 2008, it didn’t discourage her. “A lot of people tried to talk me out of it, but I didn’t listen. I knew it was a great move for me,” Humphrey says. “I would tell anyone who is considering franchise ownership to ignore the naysayers. People will always put doubt in your head. You have to trust your instincts.”

As it turns out, Humphrey’s instincts were spot on. She has spent the last 12 years successfully growing her business and has even enlisted the help of her two adult daughters to run key roles.

In the early days of ownership, Humphrey says she put in about 60 hours a week, but now it’s more like 35. “My awesome office staff has allowed me more time to concentrate on growing the business,” she says. Her team includes five full-time office employees, plus a crew of 50-55 caregivers.

Humphrey spends most of her time working with new clients on initial consultations. “I love helping families,” she says. She also does most of the marketing, which includes building relationships with local assisted living facilities. “A lot of this business is based on referrals,” she says.

Humphrey says that once she decided to make the move to franchise ownership, she never looked back or regretted the decision. “Every night, I go to bed knowing that I made a difference. We change lives for the better,” she says. “The work is extremely rewarding.”

Is a Home Helper Franchise For You?

This is a great time to invest in a franchise business. With the recent Economic Aid Act, there are many incentives for aspiring franchise owners. But is senior care for you? There is no healthcare experience needed to run a Home Helpers business. Franchise owners come from all walks of life. Some are from the corporate world while others were stay-at-home parents. It runs the gamut, but they all have some common traits: