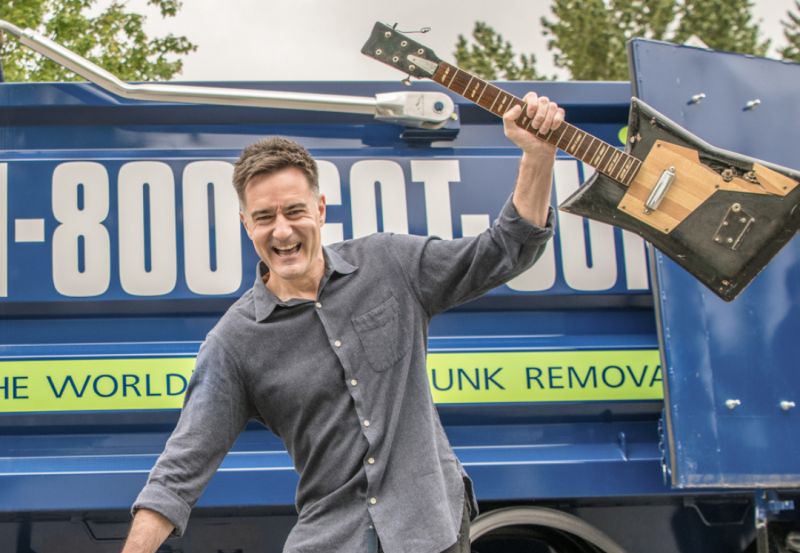 Starting Out Young and with Little Experience Taught These Franchisors Important Lessons. Here’s Their Advice for Young Entrepreneurs.

Some of today’s most well-known franchise brands were started by young entrepreneurs. These fledgling visionaries had an innovative idea and took a leap of faith into unknown territory, first to start a business from scratch and then again to franchise it. Here, we talk to four franchise founders who followed their dreams and created successful franchise brands. They offer advice for young entrepreneurs and share their experiences and challenges on their road to success.

Brian Scudamore laid the groundwork for his $500-billion-dollar franchise empire when he was just 18 years old. He is now a legend in the franchise industry, and his iconic junk removal franchise, 1-800-GOT-JUNK?, is practically a household word in Canada and the U.S. “I was one class short of graduating from high school. After talking my way into university, I needed to find a way to pay for college,” Scudamore says. “So I founded 1-800-GOT-JUNK?” In time, he founded two more home-services brands (Shack Shine and WOW ONE DAY PAINTING) and launched the umbrella franchise, O2E Brands, “shorthand for ordinary to exceptional,” he says.

Never be afraid to fail as an entrepreneur.

Scudamore recognizes that young franchisees have a different style compared to older franchisees. “I think younger entrepreneurs tend to be more willing to follow our tried-and-true system. They trust that with over 30 years of experience in the franchising business, we’ve learned a thing or two!”

However, starting out as a young founder was not easy for him. “I was naive in business; I didn’t know what I didn’t know. I failed many times, but with each failure came the gift of learning. Never be afraid to fail as an entrepreneur.”

Scudamore offers this advice to young entrepreneurs: “It’s more important to have a bold vision than to know exactly how you’re going to get there. If you commit to a big idea, planning how you get there will come naturally. One of my favorite quotes is from Walt Disney: ‘It’s kind of fun to do the impossible’ — that’s something I live by every day.”

Adam Rice was 23 when he founded ISI Elite Training, a fitness brand that provides its clients with a coach-based, intense, heart-pumping workout.

Rice says that young franchisees approach things differently than older ones. “They typically adapt to the system very quickly thus getting the most out of a franchise,” Rice says. “They seem to be trusting of the franchise system sooner, and are typically quick to implement and take action.”

Rice’s experience as a young founder has taught him a lot of valuable lessons. “It has taught me to believe in myself, surround myself with people who are smarter than me and create the foundation to leave a legacy for my family. At 33 years old, I have learned a lot, but I am hungry to continue learning how to be a better husband, father, and leader. It hasn’t come without fear which undoubtedly has strengthened my faith.”

“Take action, be decisive, and fail forward,” Rice says. “Learn as many skill sets around sales and marketing that you can and get crystal clear on your vision. Find others who have accomplished where you want to go, create a relationship with them, and collapse your timeline by years.”

Omar Soliman and Nick Friedman were barely out of college when they franchised College HUNKS Hauling Junk and Moving. The brand started for the two as a summer gig, which they eventually parlayed into a fully branded and systemized business. They launched the franchise in 2008 and earned the distinction as the youngest franchisors in the U.S. at that time.

Young franchisees can bring a magnetic energy and attitude that inspires those around them.

Soliman’s experience as a young founder taught him about embracing his own strengths and weaknesses. “We can’t be the best at everything. Surrounding myself with people smarter than me who embrace our company’s purpose and vision has been the key to our growth.”

Friedman has had a very similar experience. “Being a young founder yielded a lot of support from others who helped us on our journey. And it was an amazing maturation process for me personally,” Friedman says. “Omar and I were less than a year removed from college when we launched the brand full time. Shortly after, we were running a million-dollar business. I learned the ins and outs of customer service and client satisfaction, accounting, legal matters and so much more. We had to do everything ourselves to ensure the business was running properly.”

Friedman believes that although young franchisees approach things differently than older ones, it’s less about age and more about mindset. “While younger and older franchisees may have different life experiences, it’s ultimately their attitudes and actions that produce their results, and that is not age-based,” Friedman says. “That being said, some younger franchisees may be willing to take bigger risks because they feel like they have less to lose. Whereas older franchisees may have more money to invest but want to be confident and secure in their return on investment.”

Additionally, Soliman firmly believes that “young franchisees can bring a magnetic energy and attitude that inspires those around them.” However, “older franchisees bring wisdom and perspective,” Soliman says. “Both are important and valuable in a franchise system.”

Soliman’s number-one piece of advice to young entrepreneurs? “Start with a vision. Having a north star will guide you through adversity and keep you and your team focused. Failure is an important part of the entrepreneurial journey. Embrace it. Learn from it.”

Friedman agrees. “Don’t chase the money, chase the vision. If you are passionate about creating something enduring and meaningful, then you should pursue that endeavor and don’t be motivated just by the financials. Otherwise you will give up when things get tough.” Friedman also believes that patience is key, that it’s important to take risks, and it’s important to find a mentor. “You will be surprised how many successful people are inspired and want to help young entrepreneurs on their journey,” Friedman says. “By finding a mentor, it will help you bounce ideas off of and also can provide you with direction when you’re stuck.”

Previous ArticleWhy Training Employees Is Required and How It Can Benefit the BusinessNext ArticleWill Investing in a POS System Help the Business Gain Competitive Advantages?

What Food Franchises Does Shaquille O’Neal Own? 34946