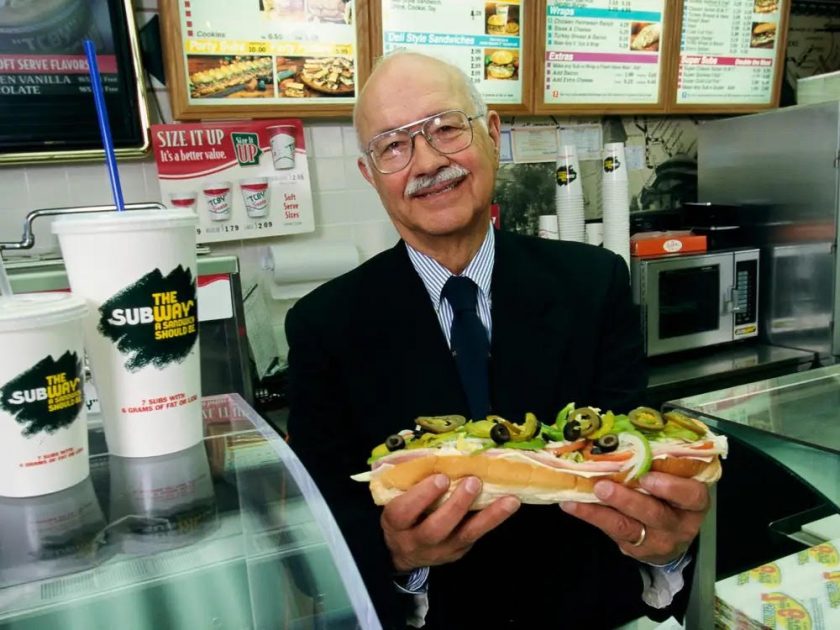 Subway co-founder and nuclear physicist Peter Buck, whose $1,000 investment in a teenage friend’s sandwich shop ultimately made him a billionaire, has died at age 90. With more than 40,000 locations worldwide, Subway has become the world’s biggest sub sandwich chain.

In 1965, Buck gave family friend Fred DeLuca the idea to open a submarine sandwich shop to help the then-college freshman earn money to cover his college costs. The idea arose from an Italian sandwich shop near his boyhood home in Maine, where he was impressed by the long lines of waiting customers as well as the expensive jewelry worn by the women who worked behind the counters.

With the $1,000 in seed money, Pete’s Super Submarines opened in Bridgeport, Conn., with its most expensive sandwich costing just 69 cents. In the late 1960s, the restaurant rebranded as Subway. By 1974, Buck and DeLuca owned and operated 16 shops in Connecticut and then began franchising.

The path to success wasn’t quick, however. “We didn’t make a profit for 15 years,” Buck told The Wall Street Journal in 2014. Amid pressure from various fast-food competitors, company sales in 2020 were $8.3 billion, down from $12.3 billion in 2013, according to Technomic research.

Buck was born Dec. 19, 1930, in South Portland, Maine, and grew up on a vegetable farm. In 1952 he graduated from Bowdoin College in Maine. He earned master’s and Ph.D. degrees in physics from Columbia University in New York. Buck later helped design nuclear submarines for the U.S. Navy and worked for General Electric, according to Bloomberg Business News.

For the most part, Buck led a low-profile life. When a Wall Street Journal reporter interviewed him seven years ago, he was living in Danbury and driving a 17-year-old car. He said he ate at least five Subway sandwiches a week. When asked whether he was a billionaire, Buck replied, “Yeah, I guess so.” Even so, he added, “I can go any place in Danbury and nobody recognizes me.” Forbes recently reported his net worth as $1.7 billion.

Buck’s philanthropy was managed by The Peter and Carmen Lucia Buck Foundation, which was started in 1999 with his late wife. In 2004, he gave a 23.1-carat Burmese ruby to the Smithsonian’s National Museum of Natural History. He also contributed to Danbury Hospital, Bowdoin College, and other schools. He set up the Tall Timbers Trust that held more than 1 million acres of timberland in Maine, according to Subway. He also used some of his wealth to fly glider planes and to buy a ranch in Brazil. He is survived by two sons and five grandchildren. Subway released a statement about his death. “We are deeply saddened by the passing of one of Subway’s founders, Dr. Peter Buck,” Subway CEO John Chidsey said in that statement. “He was a shining example of a dedicated, hands-on leader and an integral member of the Subway family.” DeLuca died in 2015 at the age of 67.