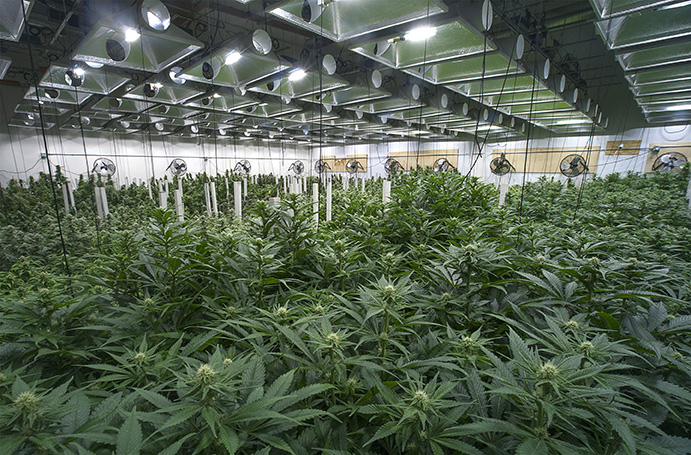 New York state lawmakers have wrapped up an agreement to legalize recreational marijuana for adults 21 and older, the potential start of a new growth industry for entrepreneurs as well as a hefty source of tax revenue. Democratic Gov. Andrew Cuomo, a longtime opponent of legalized weed who had labeled it a gateway drug, is on board with guidelines that will be written into the new legislation, which has not yet been passed into law and may take a few years to be fully implemented.

If it is approved, New York could see marijuana legally delivered to users, imbibed in bar-like lounges, or home-grown with up to six plants, according to The New York Times. The Times reports that there is a potential $4.2 billion industry in New York alone that could create tens of thousands of jobs and become one of the largest markets in the country. According to Business Insider, the U.S. cannabis industry is now projected to be worth $100 billion USD by 2030.

Franchising’s cannabis entrepreneurs are excited for the opportunities. Justin Livingston, vice president of franchise development for Unity Rd., a marijuana dispensary franchise that touts its expertise in helping franchisees cut the red tape for licensing, said there’s a “mind-blowing potential” for wealth. Mark Cohen, a founder of the bring-your-own cannabis consumption lounge franchise Bud’s Place, told FranchiseWire.com that “franchisees have a tremendous opportunity to get in on the ground floor of a new industry with enormous potential.”

But all of these activities are still many months away while New York lawmakers set up detailed rules for wholesalers, dispensaries, licensing, taxation and a regulatory board, The Times reported. Part of the impetus buoying the agreement is that 40% of the revenue raised will be set aside to make amends, through social equity grants, in communities negatively affected by inconsistent policing in the war on drugs. In particular, these are predominantly Black and Hispanic neighborhoods where residents were more often targeted for marijuana offenses – and more often incarcerated as a result – than Whites.

This money will be “invested into the communities where the people who suffered mass incarceration come from,” New York Assemblywoman Crystal D. Peoples-Stokes, a Democrat, told The Times. “This is a lot more than about raising revenue. It’s about investing in the lives of the people that have been damaged.”

The Empire State is in dire need of revenue because of pandemic expenses. In addition to the marijuana tax revenue set aside for the social equity grants, another 40% of the total will go toward the state lottery education fund, and 20 percent will be spent on education and drug treatment, according to Gothamist.com.

New York’s current medical marijuana program, which many have criticized as too limited, also will be loosened. Under the new legislation, patients could grow their own marijuana starting six months after the law takes effect (home-grown supplies for recreational use wouldn’t be legal for 18 months after enactment). Additional medical dispensaries would open, expanded product lines would be offered, and medical marijuana use would be approved for more conditions, said Krueger, a Democrat.

Once the law opens the gate to retail businesses relating to recreational marijuana, independent and franchise business owners can set up shop.