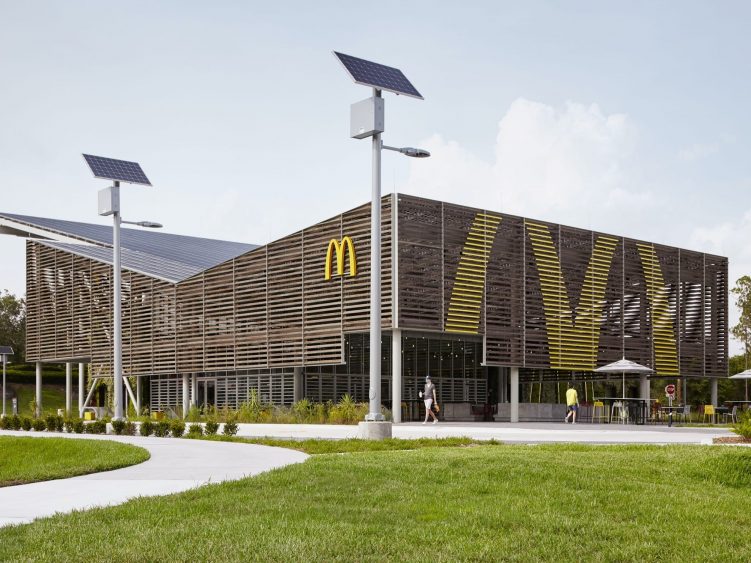 Deal with Enel North America Will Cover Logistics for All of Company’s U.S. Restaurants

McDonald’s Corp. and all members of its North American Logistics Council will purchase renewable energy and renewable energy certificates from Enel North America’s Blue Jay solar project about 100 miles from Houston. The logistics council is made up of Armada, Earp Distribution, Martin Brower, Mile Hi Foods and The Anderson-DuBose Co.

McDonald’s is buying approximately 190 megawatts from the Blue Jay solar project, based in Grimes County, Texas. The solar farm is currently under construction and expected to be fully operational in 2023. Once completed by its Italian parent Enel SPA, the Blue Jay project could power the equivalent of 38,000 Texas homes, according to a Bloomberg report.

This agreement means that McDonald’s entire logistics supply chain for all of its U.S. restaurants should be fueled by renewable electricity, estimated at more than 470,000 megawatt hours each year. According to a news release from Enel North America, this switch to clean energy will eliminate more than 170,000 metric tons of carbon emissions per year. The electricity will power McDonald’s distribution centers, warehouses and more, according to Bloomberg.

The deal is key to McDonald’s reaching its goal of cutting greenhouse gas emissions by 36% within the next eight years, with a goal of net zero worldwide by 2050.

To make a larger dent in emissions, McDonald’s has tried increasing the array of plant-based foods on its menu, including a meatless burger, with mixed results, according to Bloomberg. The Beyond Meat Inc. burger patty is not offered at all 13,000 of its restaurants.

Bob Stewart, senior vice president and chief supply chain officer for McDonald’s North America, said that “adding Blue Jay solar to our U.S. renewable energy portfolio is one of the many important steps in our journey to achieving our net zero aspirations.” The Blue Jay project also includes an 88.2 megawatt-hour battery energy storage system, which will help support the reliability of the local energy grid.

Stewart praised the agreement as an example “of how McDonald’s and its logistics partners are combining efforts to leverage their reach and scale to tackle supply-chain emissions together. We are excited about our collective potential to help address climate change and drive continuous improvement.”

Danny Fahey, North American Logistics Council sustainability lead and vice president of U.S. Strategy at Martin Brower, praised McDonald’s for being proactive about its environmental stewardship. “While major corporations are increasingly encouraging and advising their partners on how to reduce their carbon emissions, McDonald’s took it one step further by becoming the anchor buyer alongside its suppliers,” Fahey said.

Fahey added that “McDonald’s and the North American Logistics Council recognized early on that collaboration across the supply chain is the only way to effectively address electricity emissions for all logistics suppliers.” The agreement “will be essential to making continued progress toward climate goals.”

How can Supply Chain Emissions be Reduced?

In its news release, Enel North America pointed out that supply-chain emissions are particularly difficult to combat because a company can control its own actions but not those of its partner businesses. For instance, a company can switch to a fleet of electric vehicles, but its supply-chain partners – operating independently – might use trucks that discharge significant amounts of greenhouse gasses. The McDonald’s deal unifies the participants’ goals.

McDonald’s is the world’s leading global foodservice retailer with nearly 40,000 locations in over 100 countries. Approximately 95% of McDonald’s restaurants worldwide are owned and operated by franchisees. Enel, which has headquarters in Rome, has been active in Texas with its construction of renewable energy sources and battery storage, Bloomberg said, and in November began retail sales of power.