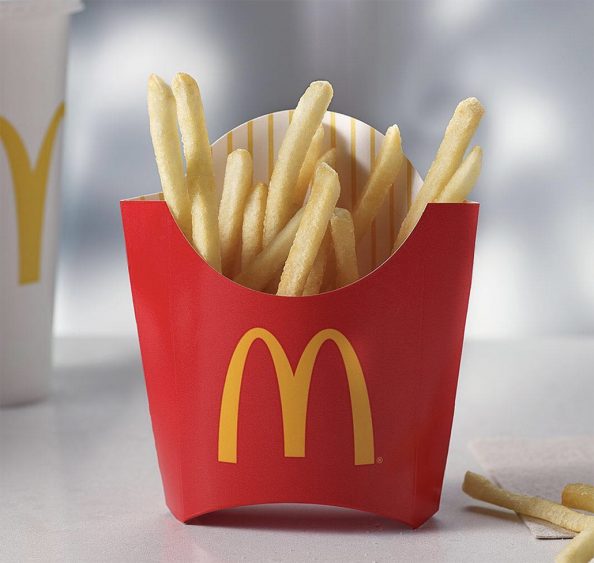 McDonald’s Will Use Outside Firm to Evaluate its Diversity, Equity and Inclusion Policies

After McDonald’s Corp. investors voted in favor of a civil rights audit, the company now plans to employ a third party to examine its diversity, equity and inclusion policies, according to a report in The Wall Street Journal. A shareholder proposal from SOC Investment Group had asked McDonald’s to study the impact of the company’s civil rights procedures across all operations.

Civil rights audits review company actions regarding race, sexual orientation, gender and other characteristics. SOC, which gives advice to union pension firms, proposed that McDonald’s receive feedback in those areas from franchisees, employees, suppliers and customers, and then release the information publicly.

SOC had said that such an evaluation would point McDonald’s toward root causes and solutions for problems including sexual harassment and racial discrimination, Bloomberg recently reported. The Journal said that the proxy firm Glass, Lewis & Co. also advised McDonald’s shareholders to support the civil rights audit as a way to help the company identify and mitigate risks.

Some 274 million shares of McDonald’s common stock were voted in favor of an audit, the Journal reported, with that number derived from a preliminary count taken after McDonald’s annual shareholder meeting. Approximately 217 million shares were cast in opposition and roughly 6 million abstained from the vote, which occurred last week.

The request from SOC Investment Group occurred after McDonald’s was beset with criticism in regard to its handling of race-related issues. The fast-food giant’s leadership has gone on record stating that diversity and inclusion are integral to its values and that the company is committed to seeing that employees, franchisees and suppliers have opportunities to prosper. “While we are proud of our progress, our efforts are ongoing, and we will continue to focus on actions that have meaningful impact,” The Journal said, quoting a statement from the company.

Before the recent shareholder vote, McDonald’s had said that a civil rights audit wouldn’t benefit shareholders because the corporation already had committed to new policies, according to The Journal. For example, in annual reviews affecting compensation, executives are rated on their progress in increasing minority representation among their ranks. In addition, McDonald’s in 2021 pledged to offer low-interest loans to new franchisees to boost diversity among U.S. owners. The corporation has set a target of increasing minority representation in American leadership roles to 35% by the end of 2025, which was 30% at the end of last year, according to Bloomberg.

During the past few years, current and former franchisees have sued McDonald’s Corp., two former executives and a media firm, alleging bias in their dealings with minorities. The company has moved to dismiss or settle many of the lawsuits.

In one lawsuit filed by the Black owners of four McDonald’s franchise restaurants, the franchisees agreed to leave the chain and drop the suit last year, and the company purchased all of the restaurants for $6.5 million. McDonald’s said although it had a strong case, but by settling, everyone involved could move on, according to The Journal.

To combat another diversity-related public relations crisis, McDonald’s CEO Chris Kempczinski in November of last year apologized for text messages exchanged with Chicago’s mayor about the fatal shootings of two of that city’s children; many people lambasted the communications as racially insensitive. Kempczinski later contacted franchisees, employees and local leaders in a further bid to repair the situation.

Previous ArticleWhy Own a Doughnut Franchise?Next ArticleLow-Cost Franchise Opportunities for Every Budget

What Food Franchises Does Shaquille O’Neal Own? 51202

The Rise, Fall and Reinvigoration of Friendly’s 10293

Why is Chick-fil-A Better Than McDonald’s? 8683