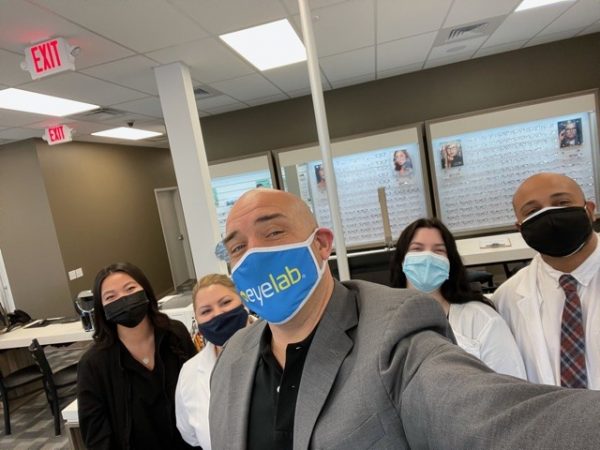 Through a Culture of Leadership and Support, This My Eyelab Franchisee is Creating His Very Own Eye Care Empire

Investing in My Eyelab as a multi-unit franchisee was never a question for Brad Rodman. From the time he was 22, he was in the eye care business, starting as an hourly employee for another eye care brand. His original supervisor happened to be Daniel Stanton, the founder and CEO of Now Optics (parent of My Eyelab and Stanton Optical). As Stanton built his eye care empire, he enlisted Rodman’s help and gave him the opportunity to grow as a leader.

Fast-forward 20 years and Rodman now owns five My Eyelab franchises in Oklahoma City, and six in Dallas (four units are in development). His goal is 15 locations. In order to scale his businesses effectively, he takes the same management approach as Stanton. “I build leaders,” he says. “It’s all about hiring the right people.” His approach is to train, develop and get out of the way.

Rodman divides his time among his stores and enjoys his relationship with each and every one of his growing team of 30-plus employees. Even though he doesn’t need to be present at the retail locations, he loves working at them. “I go where I am needed and can be the most impactful. If that means working behind the counter at times, I’ll do it,” he says. His fond memories of building his career include working in sales and meeting his wife who he first met as a customer. “I sold her glasses and contacts,” he says.

Rodman says My Eyelab is a great business with lots of ways to have daily victories. “On the same day you have record sales, you can also make a difference in someone’s life” he says. “My Eyelab’s value-based products and services are a game changer for consumers who can’t afford most eye care retail services.” Rodman couldn’t be happier with My Eyelab’s supportive corporate culture which he is proud to have helped build. His advice for anyone considering franchise ownership with the brand is to trust the process. “The process always delivers,” he says.