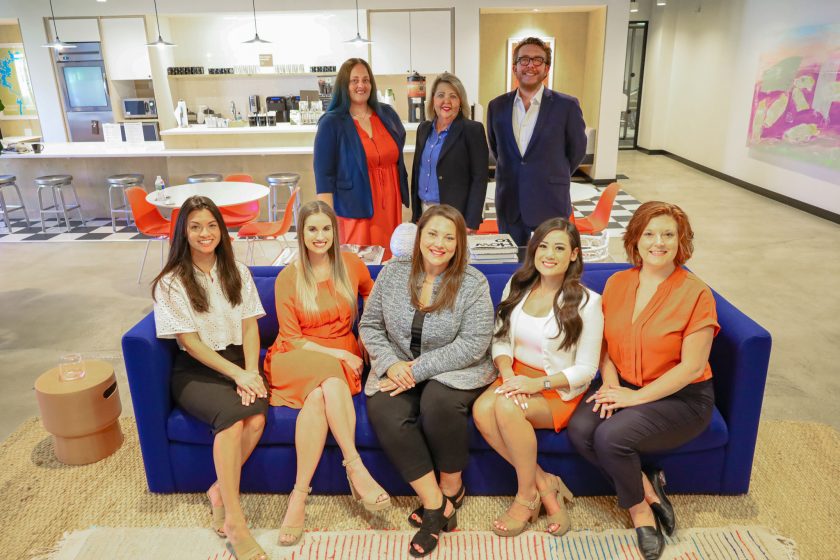 Anyone who knows Sherri Seiber, understands why FranFund has grown into a leader in franchise funding. It’s not just because of the great services FranFund offers; it’s because of the people who make up the FranFund team. And that’s by design. “We are very proud that we have a long-standing culture in place through our hiring practices,” Seiber says.

Since the pandemic, experts have touted that creating a culture is the way to a successful company with happy employees, but Seiber knew that all along. “The FranFund vision of boutique-level customer service and our ‘work hard, play hard’ mentality has been the secret to our success.”

When you’re in the company of the FranFund team, you know it. Seiber’s Texas-sized personality, graciousness and welcoming demeanor have rubbed off on her team. Customers, partners, consultants and franchisors are all treated like VIPs by team FranFund. “We think of our team as a flywheel (wagon wheel), with the customer in the center and the different departments at FranFund making up the spokes of that wheel. To roll correctly, all of the spokes are important!”

Immersed in the Franchise Community

It’s a family affair at FranFund. Seiber’s husband, Geoff founded the company in 2006 and serves as CEO. Their son Tim is FranFund’s director of franchise relations. But those aren’t the only familial relationships at FranFund. The extended FranFund family includes the team as well as the franchise community.

FranFund takes a very active role in the franchise industry. “We support the International Franchise Association’s Franchise Action Network (FAN) at the maximum level. FAN fights for MainStreet on Capitol Hill. We regularly speak on franchise-industry panels and potential candidate-facing panels and podcasts and contribute articles educating folks about this exciting and booming industry,” Seiber says.

With a focus on franchising, FranFund’s successes are a result of building relationships in the industry. “We are proud to report that more than 95% of our revenue is generated through direct referrals from franchisors, FSOs, broker networks such as IFPG, previous clients, and professional sources,” she says. “We continue to develop those deep relationships by delivering on our value proposition, and we can pivot if and when the market changes.”

Before the creation of FranFund in 2006, franchise funding was difficult to navigate. Aspiring franchise owners had to seek various types of funding from sources that offered only one funding solution. For example, for an SBA loan, they went to a bank. For a ROBS transaction, they needed to self-educate that the program exists and then find a provider. The same goes for equipment leasing. The genesis of FranFund was the idea of putting multiple franchise funding solutions under one roof so that each client gets a custom-made solution. Naturally, the competition quickly followed suit.

FranFund grew slowly during that time, but when the economy started to recover in 2013-14, FranFund’s team was poised and ready, and its growth trajectory exploded!