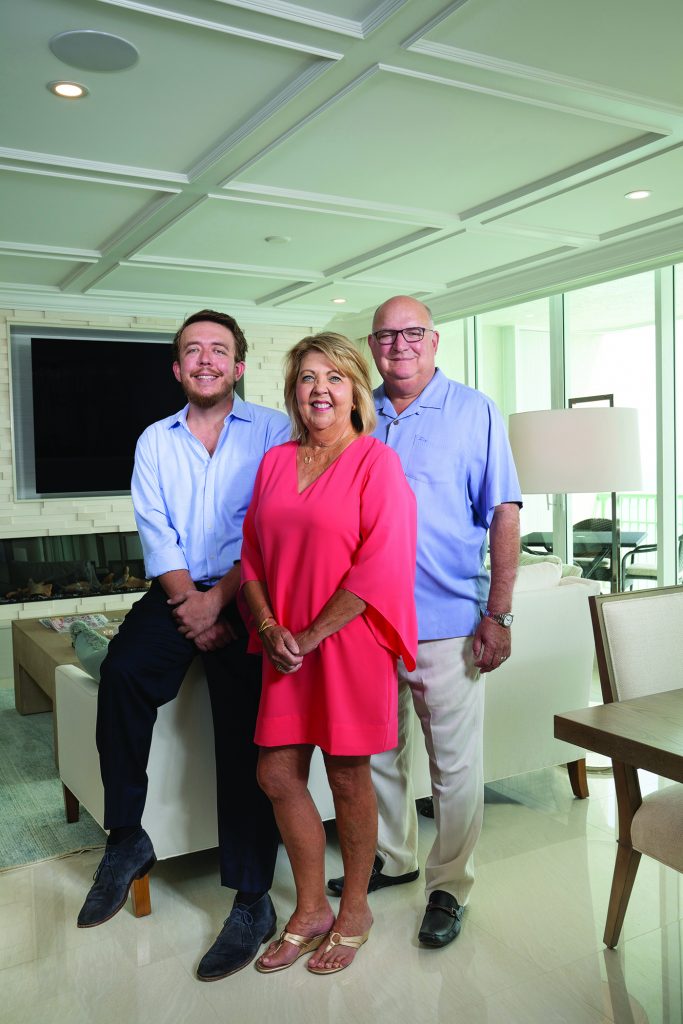 FranFund is Proudly a Family-Owned Business

Like many of the clients it serves, FranFund is a family-owned business. The company’s CEO, Geoff Seiber, began operations in 2006 after spending his entire career in franchising. His exposure to all aspects of the industry led Geoff to recognize the need for a company like FranFund.

“I realized that aspiring business owners would benefit from a financial partner who could provide multiple funding solutions under one roof,” Geoff explains. “FranFund was the pioneer of the one-stop-shop concept in the funding space.”

Geoff’s vision for FranFund was to create a boutique feel through a high-touch experience for clients obtaining funding. As the company began to grow, the need for leadership in this area became clear. In 2008, Sherri Seiber was deep into her career as a sales and operations expert in the telecommunications industry, but her company was beginning to focus more on international business than she preferred. Knowing her experience would be better served in the family business her husband started, she joined FranFund as COO at the end of the year.

As expansion continued, new employees were carefully selected to maximize FranFund’s momentum. At the start of 2013, Tim Seiber, son of Geoff and Sherri, served as Associate Editor for Coleman Publishing, who caters to lenders supporting Main Street America. With his knowledge of small business funding established, Tim was a prime candidate and was recruited to join the FranFund team. In his first year, Tim rotated through each department to understand all aspects of the business, and earned his Certified Franchise Executive (CFE) designation from the International Franchise Association (IFA). He then helped establish and now heads FranFund’s Franchisor Relations team, which has continued to play a key role in the company’s growth. Tim explains, “we help franchisors understand how they can fully leverage FranFund to the benefit of their franchisees and their overall sales process. We are essentially an extension of their development team.”

Geoff’s experience in franchise operations and development, helping evolve brands like Domino’s Pizza and Great Clips, and later as co-founder of the prominent national franchising consulting company, FranChoice, gives him a unique perspective on the franchise funding space. Even as FranFund continues to grow, he maintains the priority of the company’s customer-first approach.

“The entire FranFund team knows it is important to make sure each one of the prospective business owners we work with has the best possible experience,” he says. “Even though we have the same conversations every day, it is the first time for these aspiring entrepreneurs. We have to be sensitive to the fact that the decision to buy a franchise or small business is enormous and life-changing.”

Diligent communication is one of the critical components of FranFund’s process and is at the core of the company’s excellent reputation. “One thing I’ve learned in my career is that communication goes a long way to alleviate fear,” Sherri says. “The path to business ownership can be challenging and creates uncertainty. Aspiring entrepreneurs have hesitations and anxiety about many issues—like whether they will know how to run the business, if they should use their life savings, or if the business will succeed.” Sherri explains that FranFund’s focus on communication extends to franchisors and consultants as well. “They need to stay up to date on their candidates’ progress, and we make that a priority.”

“One thing I’ve learned in my  career is that communication   goes a long way to alleviate fear.”
—Sherri Seiber, FranFund COO

FranFund’s consultative approach with candidates has helped earn them recognition as a top funding supplier in the franchise industry. The company and its leaders have accumulated awards from multiple organizations, including the International Franchise Association (IFA), Entrepreneur, Global Franchising, Franchise Journal, Coleman Report, and Palm Beach Atlantic University.

Family-owned businesses are typically known for common traits, such as stability, trust, and authenticity, to name a few. This certainly holds true for FranFund, as evidenced by their tight-knit company culture, where the family feeling extends well beyond the Seibers.

For candidates pursuing franchise ownership, finding the right funding partner can be a game-changer. Many of today’s prospective franchisees are families going into business together. They are a natural fit with FranFund, a financing partner that is also family- owned and is itself a pillar of small business success.

Giving Back to the Franchising Community

To support an annual scholarship at Palm Beach Atlantic (PBA) University’s Titus Center for Franchising, Geoff and Sherri Seiber have donated $100,000. “We are thrilled to support the next generation of entrepreneurs and leaders across all sectors in franchising,” says Geoff.

Because of the family’s generosity, one student will receive the Seiber Family Scholarship each year to study franchising at PBA. The endowed scholarship allows PBA to remain competitive by offering additional funds above and beyond those available through government grants, loans, or merit awards. The principle funds invested in scholarship endowments remain intact. Only investment earnings are used for student scholarships, creating a legacy that continues far into the future.

Geoff also provides ongoing support to PBA as a member of the Advisory Board at the Titus Center for Franchising.