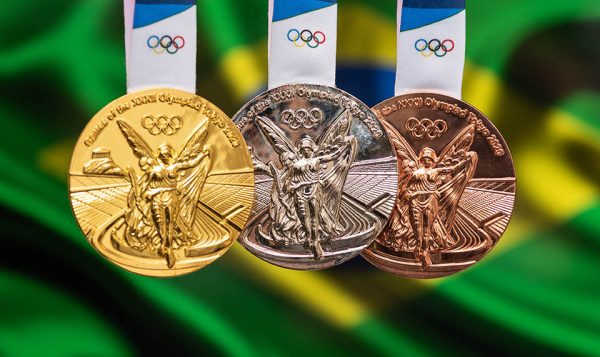 My family loves to watch the Olympics and this year was no exception. We were even more excited since we got to cheer on Athing Mu, a 19-year-old runner who lives locally in Trenton, New Jersey, right near our home. Mu was favored to win gold at the Olympics for the 800-meter race. She not only won but shattered records in the process. It was the first U.S. Olympic Gold Medal for this category in fifty years.

None of this would have been possible if the Tokyo Olympic Games were not delayed by a year due to the pandemic. Had they run according to schedule, Athing would never have won gold since she was still a high school senior in 2020. Timing is everything!

We have all heard the phrase “right place at the right time.” It can be used for various reasons both personal and professional. When it comes to opening a franchise business, it certainly applies. Seizing the moment is essential when it comes to borrowing money, securing your investments, acquiring territory, and keeping the momentum going on a life-changing decision.

If you are committed to franchise ownership, stop sitting on the sidelines.

Lending discussions should start now. The Small Business Administration (SBA) has pulled off an amazing feat over the past year-and-a-half. They have processed record numbers of SBA loans during the pandemic. Loan application volumes have been unprecedented. However, what used to take a few weeks is now taking much longer: averaging eight to ten weeks. Begin the discussion as soon as possible so that you can understand your options and then if you decide to move forward, you can begin the loan process with a head start.

There is a degree of volatility in the stock market these days due to the ongoing labor shortage, supply chain issues, and the re-emergence of the Covid virus. Luckily, the market is still on the positive side overall, but that can change day-to-day. If you are seriously considering franchise ownership and you want to use funds that are currently tied up in a 401K or mutual fund, now would be the best time to move that money to a safe place. This way, you do not have to worry about losing a percentage of your liquid capital just as you are at the starting gate of business ownership.

The Olympic Games are not the only place where competition can be fierce. Only one person can win the Gold in an event, and only one investor can secure a specific territory or location of a franchise. It happens all the time. You find the perfect franchise, and you are far along in the process, but just as you are getting serious, you find out that your territory is no longer available. Someone else had better timing than you and took the prize. Do not be left off the podium. Ask the franchise development person to let you know if there are any other serious parties interested in your area so that you can act accordingly.

The saying “go big or go home” originated in the ’90s and its meaning is to put oneself completely out there and be bold. Consider Olympic athletes who train for years for one moment of time where they can either experience the “thrill of victory or the agony of defeat.” If you are committed to franchise ownership, stop sitting on the sidelines. A system is in place that allows you to make an educated decision. Do everything that is asked of you. Talk to as many franchisees as you can to get different perspectives during the validation process. Create a proforma if one is not given to you and run the numbers that have been presented in the Franchise Disclosure Document (FDD). Line up all professionals who are integral to this process such as an attorney and a CPA.

In the franchising world, time can make or break deals. If your goal is business ownership, make victory a priority. Light the torch and keep it burning. Commit 30 minutes or an hour every day to reading about business ownership, franchising, and working on achieving your goals. Athing Mu prepared herself and seized the opportunity to win gold. So can you!

To win, you have to risk loss.

What food franchises does Shaquille O’Neal own? 4168

Why is Chick-fil-A better than McDonald’s? 2850