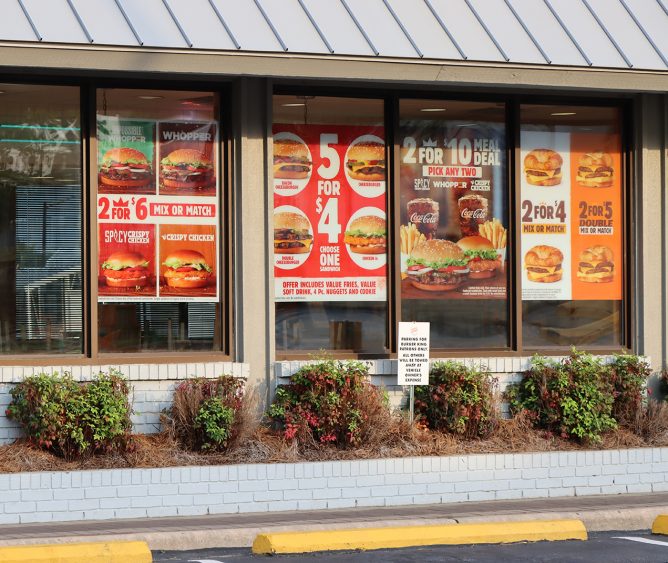 Burger King, Denny’s and Domino’s Pizza have pulled back on specially priced menu items and/or decreased portion sizes to improve their bottom lines, executives have told The Wall Street Journal. They’re making those moves in response to wallet-whopping inflation that has clobbered most sectors of the U.S. economy.

Some of the restaurants’ executives felt that trimming their discount menus and meal deals might cause less pushback from consumers than direct price increases, according to the newspaper article, although McDonald’s Corp. permitted franchisees to hike their prices on fountain drinks earlier this year.

Denny’s has opted to back away from promoting low-cost food options and its customers largely are unfazed, CEO John Miller said in May, according to The Journal. “I want the $9 omelet. I want the gourmet pancakes. I want a second round of coffee. I’m not here for a deal,” he said.

The corporation’s diner-style restaurants still have a pancake meal that costs about $4, but the $2 to $8 value combos have faded away. Denny’s customers are willing to pay more to enjoy a sit-down dining experience, its executives have said.

Restaurants have raised prices several times over the past year or so in response to rising costs for food stuffs, materials and workers’ pay even though American restaurant-goers have delighted in value menus for several decades. Wendy’s and Taco Bell introduced value offerings during the 1980s, The Journal pointed out; McDonald’s dollar menu debuted in 2002 and the burger giant has offered value items at $1, $2 or $3 since 2018.

The decline of the value menu has become a documented trend. American chains advertised only 140 combo and value meals in 2021, which represents a reduction of more than half from 2016, according to information from Datassential.

Last month McDonald’s CEO Chris Kempczinski stated that its franchisees wanted to alter meal combo deals to increase their margins without inviting more competition or scaring off price-sensitive diners, according to The Journal. Menu prices at the restaurant rose approximately 6% in 2021. Kempczinski said McDonald’s wants to deliver value to customers despite “the worst inflation in more than a decade.”

A recent survey of McDonald’s customers indicated that diners felt the fast-food restaurants’ menus offered good value, The Journal article said. McDonald’s Corp. executives have said they will be vigilant to ensure that the perception endures.

Burger King, owned by Restaurant Brands International Inc., has been trimming its value offerings since late last year. The company will make 10 or so menu modifications that could boost profits by $500 million annually, The Journal was told in January. The changes include lifting price caps on value-menu items, reducing nuggets from 10 to eight in one offering, and raising prices on nuggets, fries and bacon cheeseburgers.

Domino’s has a similar playbook, The Journal noted. Its $7.99 carry-out deal will have eight pieces, a drop from the former 10, CEO Richard Allison said earlier in June. The company is also offering that deal only to customers who order online, which reduces the restaurants’ costs. Allison said Domino’s was facing food costs that are 8% higher in 2022 over 2021, and called that increase unprecedented, The Journal said.